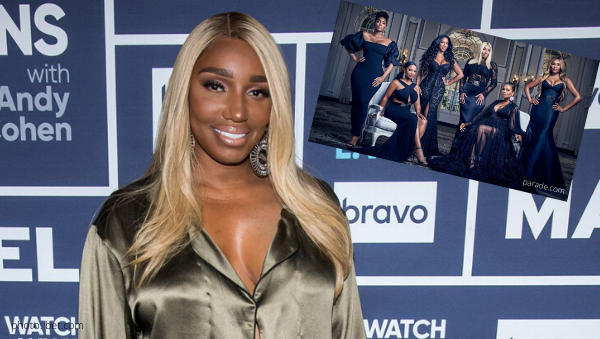 Nene Leakes warns her co-stars of an explosive Real Housewives of Atlanta reunion. The OG of the ATL told People that she looks forward to confronting Kenya Moore, Cynthia Bailey, Kandi Burruss, Eva Marcille and Porsha Williams about her ongoing issues with them. I can feel the drama brewing from here….

“I was emotionally done then,” Nene recalls. “I had just, hours before, seen footage of my best friend [Cynthia] betraying me. I couldn’t but put two sentences together, I was so upset. I just totally shut down. It was like I wasn’t even there.”

What does Nene have in store for the season 12 reunion?

“All season long, these girls have had one nasty thing after the other to say about me. They have sat in their interviews and just literally tried to roast me. All of them! And you really expect me not to say anything back? Do you really think I’m that girl? I laid low for a bit, but now, I’m coming for your wig. You’re never going to talk to me and think you’re not going to get it back.”

“These girls … they’re gonna get it, let me tell you,” Nene told People. “And I’m going to be beat from head to toe while I do it, sitting there with a full face, wig, dress, high heels this tall, looking fabulous, and tearing the house down. I’m going to get these girls and do it very good and walk right on out and sleep just fine. Is my money in my account? Thank you. The queen is here, you can never wear the crown. They’re all wearing tiaras.”

Who is Nene coming for the hardest?

Nene and Kenya have been at odds all season, particularly during a heated argument filmed while on a group trip to Toronto. Never forget, Nene made a series of shady comments about ‘KENya’  calling her a “monster” and body shaming the then-pregnant housewife saying she was “going to have a buffalo.” Things have only gotten worse for these women.

“She’s mean,” Nene told People. “She plays dirty. She hits below the belt. She’s not authentic. She is strategic about how she is going to come into each season. She plans it out in her head: ‘This season is going to be great for me to argue with NeNe.’”

“Anybody arguing with me is newsworthy, it’s just facts,” Nene continued. “I think she thinks, ‘This will be great, NeNe and I can argue and I’ll make headlines.’ At the end of the day, what the f— are we arguing about? Do you know? Because I don’t.”

As far as Nene’s future on RHOA…

Nene told the tabloid, “I’m here for the show being around for a very long time.”  The controversial housewife continued, “This is a show I built, on these shoulders. These are doors that I opened so that these girls could walk through it. Be very clear about that.”

What about Kenya’s presence on the show?

“I’ve said it before and I’ll say it again; I think she’ll be the demise of the franchise in Atlanta,” Nene dished. “I don’t think people like her.”

Are you excited to see Nene’s season 12 reunion performance? Sound off in the comments!