K. Cav is demanding primary custody of their three kids. 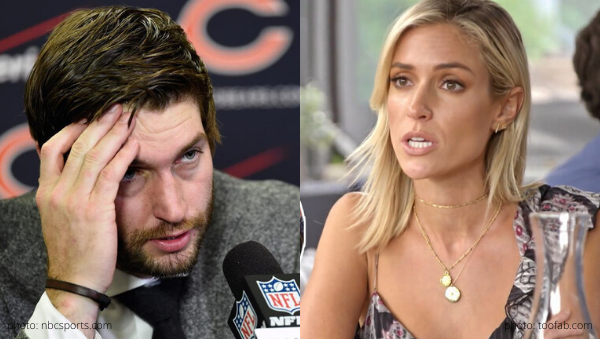 The rest is still unwritten.

Within 24 hours, a celebrity split that began cordially has taken a nasty turn. Just yesterday, Very Cavallari stars Kristin Cavallari and Jay Cutler announced their plan to divorce via Instagram. Here is the full story and my shady theory.

Both shared the following post with their followers, “With great sadness, after 10 years together we have come to a loving conclusion to get a divorce. We have nothing but love and respect for one another and are deeply grateful for the years shared, memories made, and the children we are so proud of. This is just the situation of two people growing apart. We ask everyone to respect our privacy as we navigate this difficult time within our family.”

Already, the polite split is ‘dunzo‘ and K. Cav is putting her cards on the table.

According to reports from The Blast, the former star of MTV‘s Laguna Beach and The Hills is accusing the former NFL football player of “inappropriate marital conduct” and is demanding primary custody of their three kids.

Jay’s side of the story:

The Blast previously reported, “Jay filed for divorce from Kristin on April 21. He is demanding the court enforce the terms of the prenuptial agreement they signed before the marriage. He believes the agreement covers all things relating to child and spousal support and division of their property.”

“Irreconcilable differences” is the legal cause to split, according to Jay.  He is asking for joint legal and physical custody of their three kids.

Kristin’s side of the story:

In the counter-complaint, Kristin lists the date of separation as April 7, 2020 and believes she is entitled to a portion of Jay’s NFL retirement and other benefits. The retirement accounts weren’t listed on Jay’s petition.

It got ugly fast:

Kristin denies Jay was always home taking care of their kids and is asking the court to award her primary custody.

My shady theory may be right after all:

Jay was accused of marital misconduct by the Uncommon James founder and CEO. Kristin wants “his divorce dismissed but her case to move forward. She is asking for an unspecified child support per month and health insurance for the kids.”

In case you missed it, there were rumors of Kristin’s former BFF, Kelly Henderson (and Very Cavallari co-star), having an affair with Jay. “When season two was airing, there was a lot of talk on social media about Jay and Kelly having an affair,” Kristin told People at the show’s premiere. “Not for one second have I ever thought that it was true. It wasn’t the actual accusations of them having an affair that made me upset, it was how Kelly went about it.”

In addition to three kids, the former couple share a $5 million Nashville mansion.

Do you think that the Jay and Kelly affair rumors may be true after all? Drop your shady opinions off in the comments!