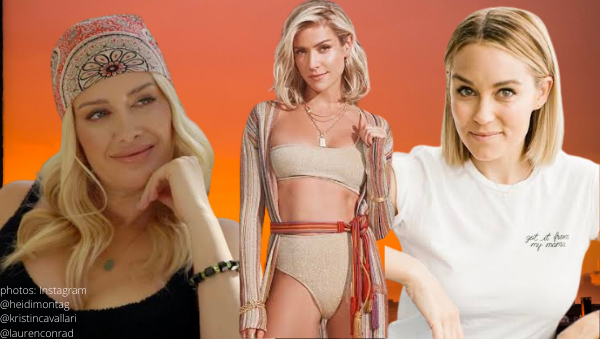 During an appearance on the Call Her Daddy podcast, Heidi revealed her true feelings on the long-term success of her entrepreneurial co-stars.

Heidi pits LC and Kristin against each other:

“She should be Kylie [Jenner]. She was so good at makeup, she should have done the tutorials.”

“If she had a good team, she’d be a billionaire. She’d be a hundred-millionaire.”

“She is not where she should have been at all. She has a Kohl’s line—great, whatever. But she should be a hundred-millionaire—are you kidding me?”

“She should be so rich.”

Heidi left nothing unwritten when she brought up LC’s alleged sex tape that Mrs. Spencer Pratt implied is real. “She kept blaming things on me and blaming her sex tape on me.”

Do you agree with Heidi or think LC has chosen to keep a lower profile than her former Laguna Beach/The Hills co-stars? Drop your opinion off in the comments!