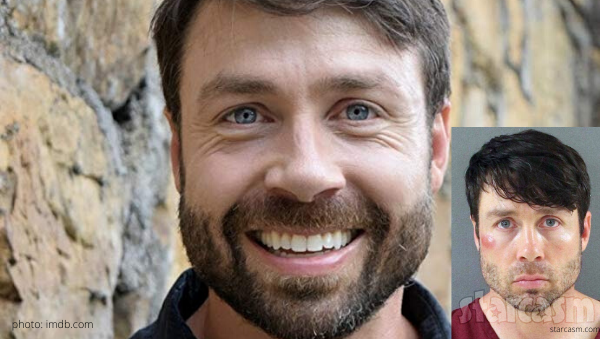 Upcoming 90 Day Fiance: Before the 90 Days star, Geoffrey Paschel, is already bringing the drama as he faces criminal charges for kidnapping and assaulting his ex-girlfriend.

The Tennessee resident appeared in Knox County Criminal Court after his 30-year-old ex-girlfriend (Knox News doesn’t report the name of victims of domestic violence) claimed he abused her in her home, according to Knox News. It appears Geoffrey believes his ex is attempting to sabotage him in an ongoing child custody battle he has with another woman. This guy sounds like a real winner.

What exactly went down?

The upcoming 90DF star was arrested in June after his then-girlfriend  accused him of attacking her in the Rocky Hill home they shared. He was charged with aggravated kidnapping, domestic assault, interference with emergency calls and vandalism. Knox News got their hot hands on a copy of the ex-girlfriend’s petition seeking protection, in which she claimed Geoffrey “repeatedly bashed/slammed my head into the hardwood floors of my home.”

The ex-girlfriend also accused Geoffrey of dragging her by her hair through the house in addition to “throwing my body into walls and furniture,” as per the local news outlet. The alleged victim claimed in the petition that she saw her own blood “on my walls, furniture.” She also claimed her ex disabled her phone, forcing her to flee to a neighbor’s house to call 911.

A history of violence-

The filing from Geoffrey’s ex also accuses the reality star of “pushing, hitting, choking” her and threatening her on four occasions in September 2018.

Outside Friday’s hearing, Geoffrey insisted he is not guilty, and said he thinks his ex-girlfriend’s claims intentionally coincided with his pending child custody case in Blount County involving his estranged wife. “It’s all about child custody,” he told Knox News.

The upcoming season of 90 Day Fiance: Before the 90 Days-

Geoffrey declined to say whether he’s still involved with the a Russian woman, Varya, he’s featured with in the upcoming fourth season of TLC’s 90 Day Fiance: Before the 90 Days. The two met on an international dating site and according to the preview, “Geoffrey has a trip to Russia on the horizon and is considering proposing to Varya, but he must first prove to her family and friends that he’s the right man for her.”

Check out the preview!

If you love all things 90DF, you should check out the Pink Shade with Erin Martin podcast. Click here for the most recent episode.

Do you think Geoffrey will have any redeeming qualities? Sound off in the comments!