He is Bulgarian-born Georgi Rusev, who currently resides in Arlington, Virginia. 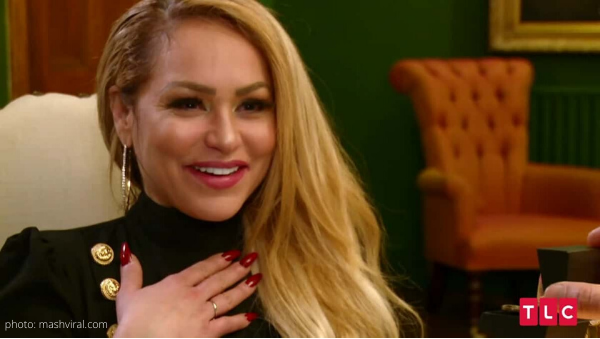 90 Day Fiance: Before the 90 Days star Darcey Silva‘s new man’s identity has been revealed, as fans are confident they have figured out her her new mystery boyfriend is. Without further ado… He is the Bulgarian-born Georgi Rusev, who currently resides in Arlington, Virginia.

But what about Tom Brooks?

The current star of 90DF is no longer with her current co-star/former fiance, Tom Brooks, though the show is still airing with them together. Clearly, Darcey is wasting no time when it comes to moving on to bigger and better things.

He is said to be a certified masseuse and model. Darcey took to her Instagram account to show off numerous pictures of a new beau. The pair were recently spotted in Miami.

What does this mean for Darcey’s future on 90DF?

Fans of the franchise are curious to learn if Darcey’s new man will appear on the series. In the current season, Darcey and Tom are on the outs even after she was filmed looking at wedding dresses. Fans expect to watch the downfall of Darcey and Tom’s relationship, but are unsure of Georgi’s future on TLC. More to come on this developing story…

If you can’t get enough 90DF and its spin offs, you have to check out the Pink Shade with Erin Martin podcast. Here is the most recent episode!

Do you think Georgi may be Darcey’s happily ever after? Drop your opinion off in the comments!

Be the first to leave Comments for 90 Day Fiance: Darcey Silva’s New Man