Check out what Yvie Oddly, Asia O'Hara, Naomi Smalls and more are serving up! 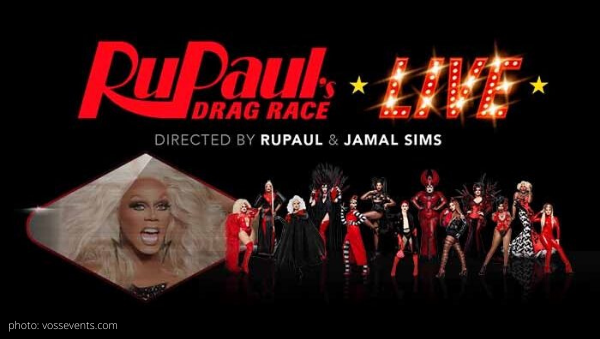 Not sure what to expect from the RuPaul’s Drag Race Las Vegas live show? Check out what Yvie Oddly, Asia O’Hara, Naomi Smalls, Kameron Michaels, Vanessa Vanjie Matteo, and Derrick Barry are serving up!

The live show can be found inside the Flamingo’s Donny and Marie Theater in Sin City. The show that premiered on Jan. 30, the RPDR Live format is similar to an episode of the Emmy Award-winning television series going into it’s 12th season. Is anyone else gagging right now?

Unfortunately, Mama Ru does not appear in the live show. In her place is Asia O’Hara who acts as host for the show running through August of 2020. The additional queens participate in some of your favorite challenges from the show, including a Mini Challenge, a Maxi Challenge, along with the iconic ‘lip sync for your life‘ battle to avoid elimination, and more.

The music challenges are set to your favorite pop songs ranging from legends like Britney Spears (Derrick Barry is in the show, so obvi!), Ariana Grande, Ciara, Rihanna, and Lady Gaga, in addition to four new songs! Among the new songs is, ‘Losing Is the New Winning‘ (written by RuPaul, Tom Campbell, and Leland) which you’ll have to wait for til the grand finale.

Did I mention there is a six-man pit crew?!?! Can I get an amen? In addition to assisting RuPaul’s girls in the competitions, the pit crew shows off their impressive dance moves. These guys give so much more than just face and body-ody-ody.

The dragtestants making her-story are enjoying their time in Las Vegas, taking to social media to express their Vegas glee. The RuPaul’s Drag Race Season 11 winner, Yvie Oddly, posted to the ‘gram, “Last night was EVERYTHING!!! 😁😁 Also I’m so in love with staying in one place for this Vegas residency!”

Last night was EVERYTHING!!! 😁 😁 Also I’m so in love with staying in one place for this Vegas residency! For the first time since my cast announcement I’ve had the time, space, and energy to create my own looks like this one. 😍 This was a dress I bought for a “painting come to life” concept I never got to use on the runway of drag race, so I altered the design, turned it into gown, and stoned/frogged it the haus down with the help of @morganroberttaylor . . Hair + outfit: Me Lashes: @helllashes 😍 😁 @vossevents @rupaulsdragracelive @rupaulsdragrace @flamingovegas @worldofwonder #dragracelive #yvieoddly

Oops! I’m returning to The Las Vegas Strip @FlamingoVegas. Who’s coming to Vegas to see the Biggest Drag Show in the world?! Tag a friend. Place your bets on me if you like to gamble” 🎰 The 100th Queen is starring in an all new interactive audience experience! 💯👑❤️ Directors: @RuPaulOfficial @Jamizzi Producers: @WorldOfWonder @VossEvents Costume: @Schmistopher Hair: @NickSanPedro Photo: @SanchezZalba

You won’t want to sashay away from this eleganza extravaganza! These Queens are here to slay!

If you want a behind the scenes look at some of your favorite RPDR alumni, check out the bonus episode of the On This Day Entertainment podcast I did with my friend/LOGO TV red carpet correspondent, Adam Salandra. Adam spilled all the tea from the AJ and the Queen red carpet, from his chat with Shangela to his moment(s) with RuPaul herself.

Which of the RPDR alumni would you be most excited to see perform live? Drop names in the comments.