The RHOBH Take on Berlin!

The season eight cast trip takes them to Europe in true RHOBH fashion! 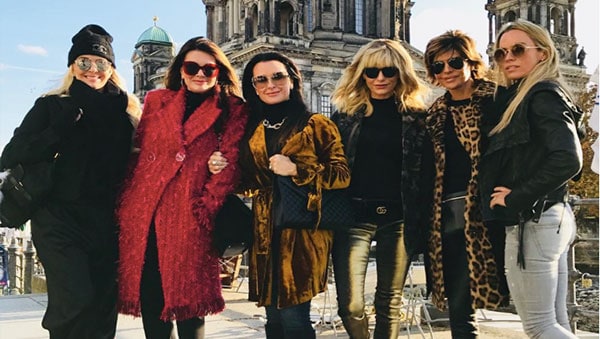 The ladies of The Real Housewives of Beverly Hills were spotted in Berlin, Germany, Oct. 12  for the reality stars’ seasonal cast vacay. The “girl’s trip” group included Kyle Richards, Lisa Vanderpump, Dorit Kemsley, Erika Girardi, and Lisa Rinna. Tagging along was Teddi Jo Mellencamp, who is speculated to be a new housewife.  BRAVO hasn’t released an official cast list for the eighth season of RHOBH, but based on the photos, were expecting it to be great and glam!

BRAVO hasn’t released a trailer for the upcoming season rumored to premiere at the end of the year, but to get your RHOBH fix you can check out these pix!

So nice of him to share his delicious bamboo snack…🐼💕😋

Kyle, Dorit, and Lisa Vanderpump spotted at LAX yesterday before leaving for their big trip! #RHOBH wishing them a SAFE trip

the girls seem to be having a blast on their trip to #somewhere in the world. #RHOBH (videos from Lisa Rinna and Teddi's stories) {we're not SUPPOSED to say where they are but I already spilled}

Until we hear more about Season 8, check out our RHOBH Tour!