Did RHOA's Cynthia Bailey Get Married To Mike Hill?

Despite the photos circulating the internet, the couple plans to marry in October 2020. 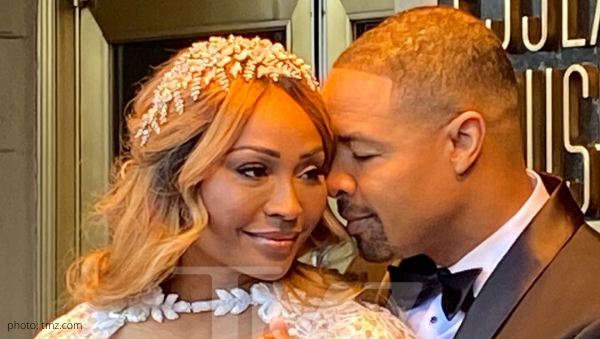 Did Real Housewives of Atlanta star, Cynthia Bailey, get married to her fiance Mike Hill? Despite the photos circulating the internet, the couple plans to marry October 10, 2020.

To the confusion of many, it appears the FOX Sports broadcaster and ‘Cheekbones’ are celebrating their engagement, in wedding clothes as they did a photo shoot outside the J.W. Marriott Essex House Hotel in NYC.

Many think they couple already tied the knot, though they announced their wedding date for 10/10/20.

According to TMZ, it’s probable the photos are simply for a formal engagement photo spread, assuming Cynthia and Mike didn’t get ahead of their own plans. “We’ve seen engagement photos like this before — notably, Nipsey Hussle and Lauren London posed for some before his death, and they were both decked in apparent bride and groom garb. They hadn’t tied the knot though, so it’s feasible Cynthia and Mike haven’t either.”

Do you think Cynthia and Mike got married, or are these formal engagement photos? Drop your opinion off in the comments!

Be the first to leave Comments for Did RHOA’s Cynthia Bailey Get Married To Mike Hill?