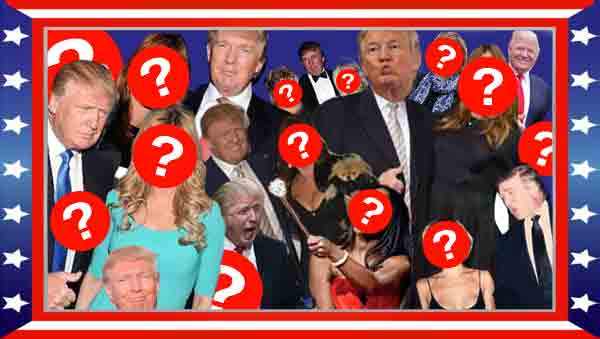 A REALITY STAR is the PRESIDENT OF THE UNITED STATES ya’ll! It’s almost as unbelievable as how many Real Housewives have had run-ins with ol’ Babyfingers! Find out which Housewives know Donald Trump below and then answer our question at the bottom! 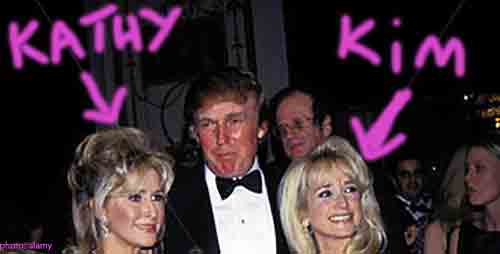 As far as we know, Kim Richards is the only Housewives star that can say she  dated Donald Trump!

Despite her many visits to Mar-a-Lago, we’re guessing LuAnn de Lesseps won’t be receiving a presidential pardon for her wild drunken arrest in Palm Beach anytime soon.

During NeNe Leakes’ famous feud with Sheree Whitfield, she bragged about “running to the bank to cash Trump checks, sweetie!” – referring to her time on Celebrity Apprentice. Apparently she liked working with him on the show, but was not a fan of the “orange man on TV” during his campaign. 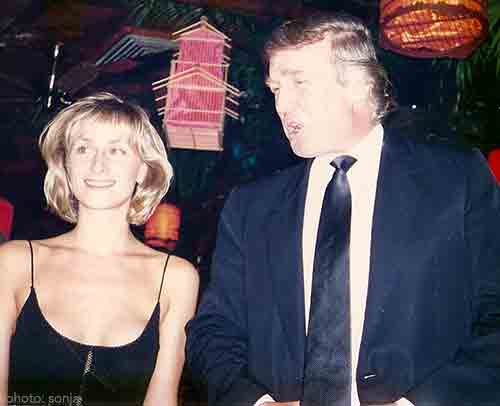 Self-proclaimed “international lifestyle brand” Sonja Morgan claims to have worked for Trump as a consultant… meaning she probably just got blitzed regularly at one of his hotel bars. 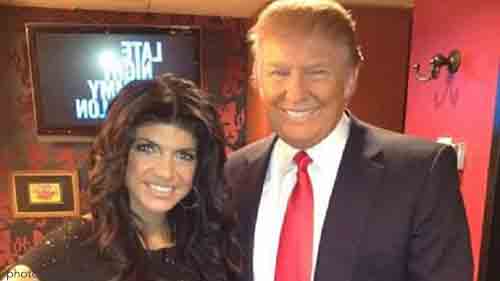 Pre-prison Teresa Giudice made a short cameo on Celebrity Apprentice and later told Andy Cohen that she thought Donald Trump would make an “excellent” president. Maybe she thought being nice would get him to keep her husband Joe Giudice from getting deported?! 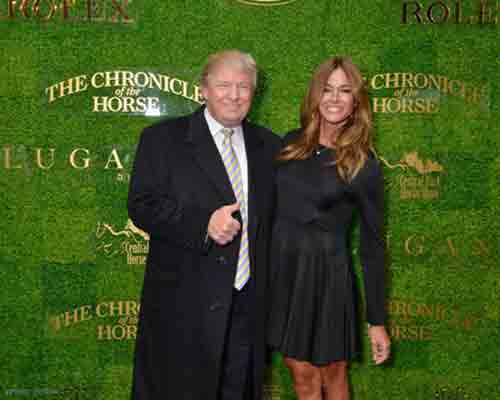 Kelly Jelly Beans Bensimon says she modeled alongside Melania Trump way back when, but as far as we can tell, Kelly isn’t featured in any of Melania’s x-rated images. Kelly went on to say about Melania “she doesn’t want to be in the limelight…you don’t always have to be standing next to your man; sometimes, you can push him a little bit forward.” How about a lot forward? A little more. And just a little more towards that busy intersection. Perfect. Thx, Mel. 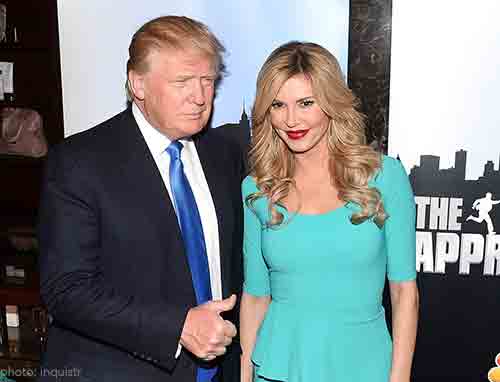 Another one of the Housewives on Celebrity Apprentice, Brandi Glanville said she actually liked Donald as a person… but there was no way she was going to vote for him.

Ramona Singer’s secretiveness when it came to politics was a hot topic on RHONY Season 9 that left many wondering who all the Housewives voted for! 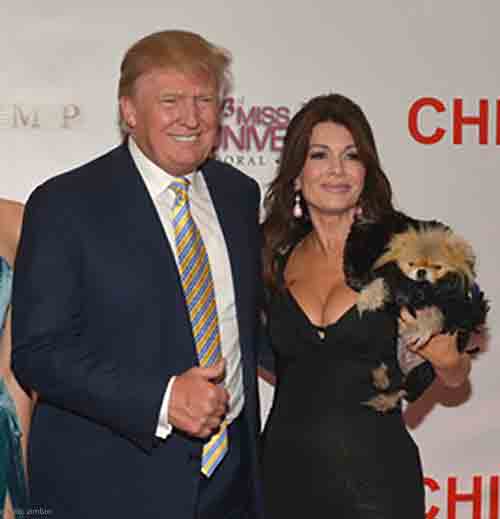 Lisa Vandertrump? Is that you? Real Housewives of Beverly Hills’ Lisa Vanderpump met The Donald at the 63rd Annual Miss Universe Pageant with Giggy in tow. In a hilarious RHOBH reunion moment below, LVP also grills Kim Richards on how far they went when dating! 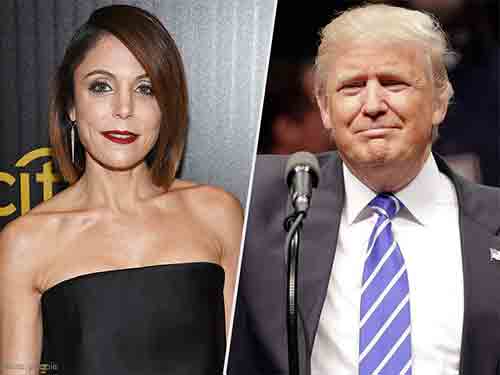 Bethenny Frankel’s story of meeting Donald Trump is pure comedy! Apparently, she was making the walk of shame one morning when she bumped into the Cheeto-In-Chief! 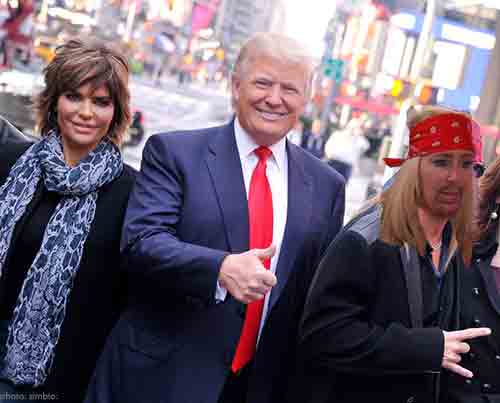 Lisa Rinna is yet another Celebrity-Apprenticer who got to know Trump over the course of filming the show alongside Bret Michaels (hehe). Her giant lips have been pretty mum on her thoughts but she did make a few comments in this surprise interview with the paps: 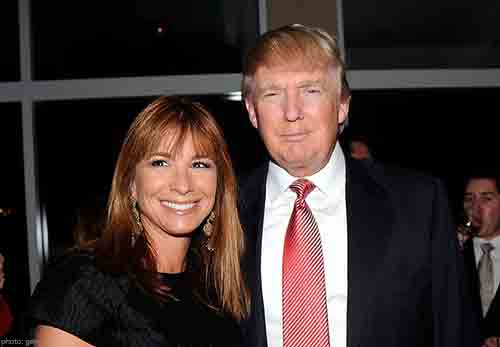 RHONY’s Jill Zarin famously showed off her invite to Donald Trump’s embarrassingly empty inauguration. Perhaps she was invited because SO MANY other celebrities dropped out?! 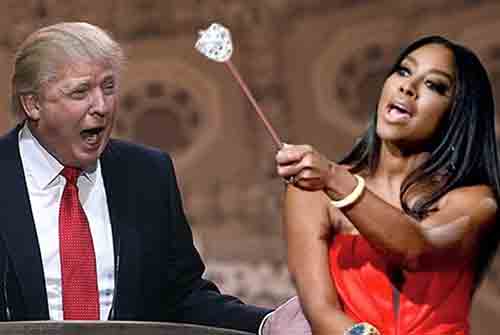 After appearing on Celebrity Apprentice 7, Real Housewives of Atlanta’s Kenya Moore twirled all over him for body shaming women. Donald called her “the most evil woman I’ve ever met in my life!” — he obviously never met Phaedra! 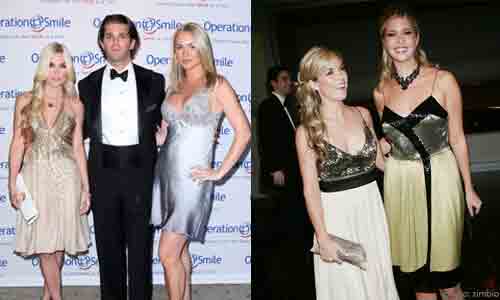 Tinsley Mortimer hasn’t been too vocal about being buddies with the President himself, but she’s been spotted on more than a handful of occasions with his son and his daughter. A Junior plus an Ivanka equals a Donald, honey!

Radzi cozied up to ol’ Trumpty Dumpty for this sit-down interview shortly after “he” took office!

What do you think Melania’s tagline would be if she were a housewife?! Comment below!

one Comment for 15 Real Housewives Who Know Donald Trump!