Home > Buzz Lala Kent's Ex Randall Emmett Responds To Accusations Of Crimes Against Children Made By His Ex, Ambyr Childers

Lala Kent's Ex Randall Emmett Responds To Accusations Of Crimes Against Children Made By His Ex, Ambyr Childers 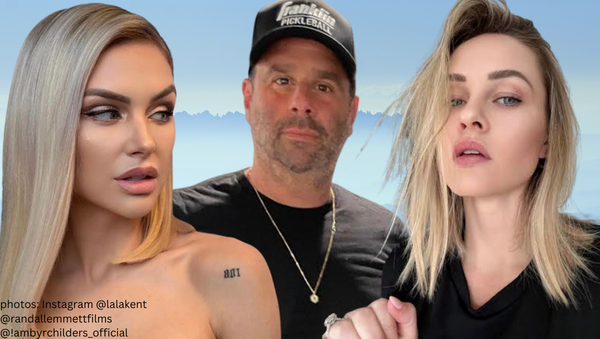 Randall Emmett responds to accusations of “child exploitation and pedophilia.”

In an interview with People, the former Vanderpump Rules star claimed his ex-wife, Ambyr Childers‘ claims are “beyond absurd.”

“There is zero evidence that I’m being investigated for anything. As the father of three children, I am shocked and in utter disbelief that Ambyr would even hint at something so disgusting and untrue.”

“As for her other claims, they are all categorically false. Anyone can say whatever they want in a pleading; that doesn’t make it true.

“It’s also important to note we still share 50/50 custody of our children. This is yet another attack and set of lies from Ambyr designed to hurt my career without any evidence whatsoever.”

Vanderpump Rules star, Lala Kent‘s ex-fiance, Randall Emmett, is getting called out for not only being a terrible partner and an abuser, but also a pedophile.

On December 6, 2022, Ambyr was “contacted by an FBI special agent who asked her about Emmett’s’suspected activities with child exploitation and pedophilia.”

The FBI call caused Ambyr “extreme destruction and disturbance of [her] emotional calm and peace of mind” because Ambyr and Rand’s kids are “often alone” with their father.

The Ray Donovan and You star doesn’t want to “run the risk” of the children being with their father.

The LA Times spoke with “three other individuals who said they were contacted by FBI agents inquiring about Emmett’s activities and that they provided information.”

“There is zero evidence that I’m being investigated for anything,” explained the producer.

“I am shocked and in utter disbelief that Ambyr would even hint at something so disgusting and untrue.”

This isn’t the first time Ambyr has sought legal aid due to the behavior of her ex.

“Ambyr Childers has been granted a temporary restraining order against her ex-husband, Randall Emmett after months of fearing for her safety.”

Amber went on the record saying Rand “would put his hand around my neck and tell me that I could never get away from him.”

When we thought Rand couldn’t get worse …

What are your thoughts regarding Ambyr’s claims against the father of her and Lala’s kids? Sound off below.

Be the first to leave Comments for Lala Kent’s Ex Randall Emmett Responds To Accusations Of Crimes Against Children Made By His Ex, Ambyr Childers