In case you missed it, Pete referred to Kim as his "girlfriend" earlier this week. 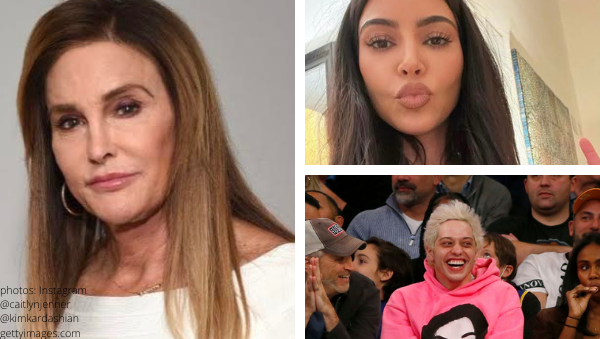 Caitlyn Jenner commented on how her ex-stepdaughter, Kim Kardashian is doing since she began dating comedian Pete Davidson.

The SNL star and the former Olympian may get formally introduced at an upcoming dinner hosted by the KUWTK alumni.

Keeping Up With Kim and Pete:

In a guest appearance on the Capital Breakfast with Roman Kemp radio show, Caitlyn confessed, “[Kim] does seem very happy.”

“I’ve talked a little bit about it, you know, with my family, I have to be very quiet.”

In case you missed it, Pete referred to Kim as his “girlfriend” earlier this week while doing press for a Superbowl commercial.

Since Caitlyn and Pete have yet to meet, Kim suggested a meeting to break the ice.

“I was talking to her the other day and I said, ‘You know, I haven’t even met him yet. He hasn’t been at any function that I’ve been at.’”

I may be reaching here, but does this quote from Caitlyn seem like low-key shade thrown at Kim’s estranged husband, Kanye West?

The low-key/high-key shade is real, amirite?!

The rapper took to social media [before later deleting] several messages calling out Kim regarding her shared TikTok account with their eight-year-old daughter, North West.

Ye’s posts may have been deleted, but screenshots live forever…

Are you Keeping Up With Kanye on IG? #KanyeWest #KimKardashian pic.twitter.com/Oz44bVdfne

But can someone enlighten me on the ‘hit’ put on Kim that I missed? #KimKardashian #KanyeWest pic.twitter.com/FnVzaVWcQI

Do you think Pete could be Kim’s Mr. Right, or is he Mr. Right Now? Drop off your opinion below!