“HI SKETE YOU GOT ANYMORE MENTAL HEALTH JOKES FOR ME?” 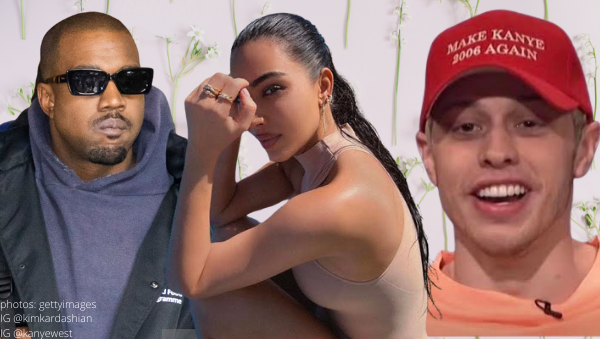 After weeks of posting (then deleting) photos and messages about Pete Davdson, ‘Ye credited his online behavior as “payback” to the comedian.

“This boy thought he could get away with performing this sketch for the team that wrote this for him This is not harassment This is payback”-Kanye West in a soon-to-be deleted Instagram post. #KanyeWest #KimKardashian #PeteDavidson pic.twitter.com/Guiuvlkgap

An hour prior, Kanye added a screenshot to his IG page of Pete wearing a red ‘Make Kanye 2006 Again’ hat while making an appearance on SNL’s weekend update with the caption, “HI SKETE YOU GOT ANYMORE MENTAL HEALTH JOKES FOR ME?”

Keep in mind, Kanye recognized the feedback that his using all caps makes people feel like they are being yelled at and vowed to stop. Apparently, that is not the case for Pete.

In addition to Pete, Kanye called out TMZ and Page Six for “gaslighting” and “harassment.”

What do you think it’s going to take for Kanye to stop? Sound off in the comments.