“But she is literally still my best friend." 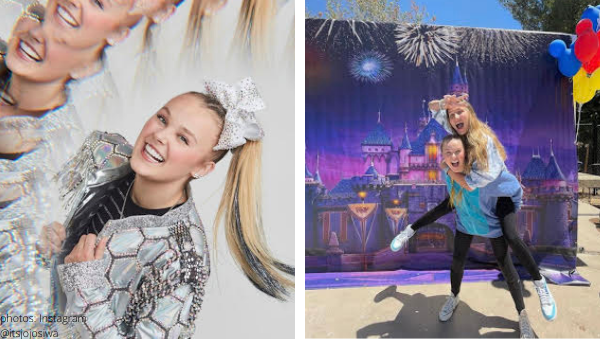 Dancing With The Stars‘ JoJo Siwa confirmed her split with girlfriend, Kylie Prew after nine months of dating.

The 18-year-old YouTuber gave fans a relationship update while making an appearance on Paris Hilton‘s This Is Paris podcast.

“I have yet to talk about this officially, publicly, but we broke up,” confessed JoJo to the Cooking With Paris star.

Here are some wise words from the teenage influencer…

“I’m really lucky that I didn’t lose her completely because even though relationships end, friendships don’t have to end.”

Neither did I, kid.

“But I’m really happy that I remember all the fun times, all the good times, and nothing bad happened,” detailed JoJo.

JoJo referred to Kylie as the “right person” at the “wrong time” as she contributed to the split to her “hectic schedule.”

JoJo confirmed she was gay in early 2021 after posting a photo of herself wearing a gifted shirt that read ‘Best. Gay. Cousin. Ever.’

The Dance Moms alumni [along with professional dancer Jenna Johnson] made history as the first same-sex duo on the 30th season of DWTS.

Do you think JoJo has a good chance of winning the mirrorball? Drop your predictions off in the comments!