Sammi teases new man while mouthing "whatever daddy says" on her TikTok. 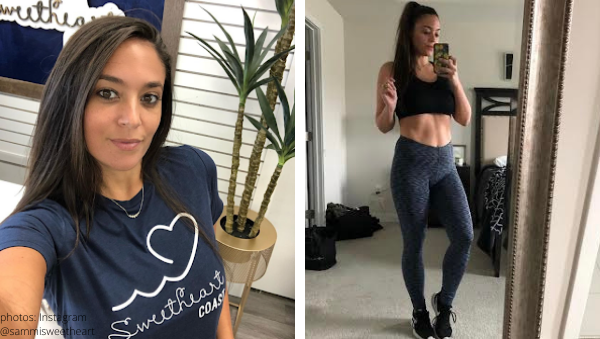 Sammi ‘Sweetheart’ Giancola may be recently single, but that’s not stopping the Jersey Shore OG from living her best life.

Ronnie Magro-Ortiz‘s infamous ex-girlfriend took to social media to share a photo of her and Justin May showing affection while sporting coordinating black tops and jeans.

Fans and followers congratulated the sweetest bitch you’ll ever meet with compliments like, “You look amazing Sammi! You too [sic] make a beautiful couple” to simple messages such as, “Congrats Sam.”

Others shared their true feelings of Sammi’s dating history.

“Now this is an upgrade! You go girl,” was commentary provided by a Twitter user while others called Sammi out on her predictability in the dating game.
“It’s a known fact that @SammiSweetheart has a type” commented a fan while another asked, “new juicebag?”
Another social media user shared, “she def loves her guidos.”
This final tweet legit made me laugh out loud- it’s funny because it’s true.
“They’re all different…but really the same.”
I don’t even think Sammi could name her exes in a lineup- the rest of us don’t stand a chance…

Mouthing the words to a viral sound on the popular social media app, Sammi showed off her fashion line, Sweetheart Coast, while giving her followers clues about a new romance.

“He was like, ‘You’re going to be naked tonight.’ And I was like, ‘Whatever you say, daddy. Whatever daddy says.”

The former reality star confirmed her relationship status in a TikTok video which featured text along with video of her dancing. “Are you coming back to Jersey Shore? No. Are you single? Yes. Are you happy? YESSS!”

Would you like Sammi to return to Jersey Shore? Sound off in the comments!