Update- Jeff clarified "what [he] meant" when he said the super-spreader holiday soiree he hosted was “worth almost dying for." 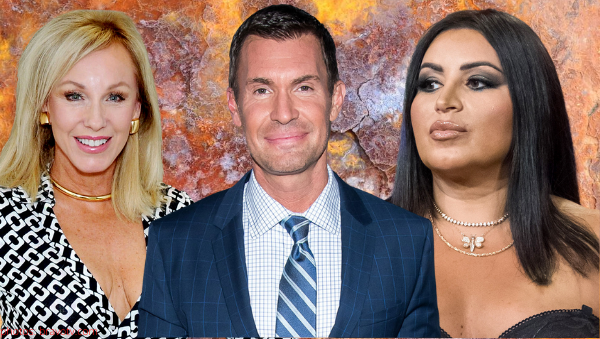 Former Flipping Out star, Jeff Lewis, explained “what he meant” when he said the holiday super-spreader event he hosted was “worth almost dying for” on his podcast, “Jeff Lewis Live.”

The real estate speculator clarified he was “exaggerating” because he didn’t realize he would have such a severe case of the potentially deadly virus.

Jeff elaborated, “There were a few days I thought were my last,” regarding his side effects from his covid diagnosis. “I did open up a few nice bottles of wine.”

“Scottie [Jeff’s on-again boyfriend] took a bowl of ice water and was putting cloths on my body to try to bring the temperature down.”

“There was no sweat whatsoever; I was just radiating heat. I was a little delirious, and I told him, ‘I think you’re going to wake up tomorrow and I’m going to be dead.’”

Jeff Lewis has “no regrets” after hosting a covid superspreader event at Real Housewives of Miami, Lea Black‘s home on December 21st.

On a recent episode of Jeff Lewis Live, Jeff informed his audience that “Thursday [12/23/2021] is when everyone started testing positive.”

“A third of us got it. And we also have people with symptoms who haven’t been tested yet.”

“That was an epic party. It was so worth almost dying for!”

Jeff told his listeners that he “thought” he was being “responsible” by hiring a nurse to test every guest before they entered Lea’s home.

“People are saying we’re reckless and stupid. No, we’re not, f*ckers!”

“We were all vaccinated.”

What are your thoughts on Jeff’s ‘no regrets’ comments? Sound off below!

Be the first to leave Comments for Jeff Lewis Hosted Super Spreader Event At Leah Black’s Home Where The Flipping Out Star, Mercedes ‘MJ’ Javid, And Several Staffers Contracted Covid

“I have plenty of everything — including opinions”… and microaggressions.