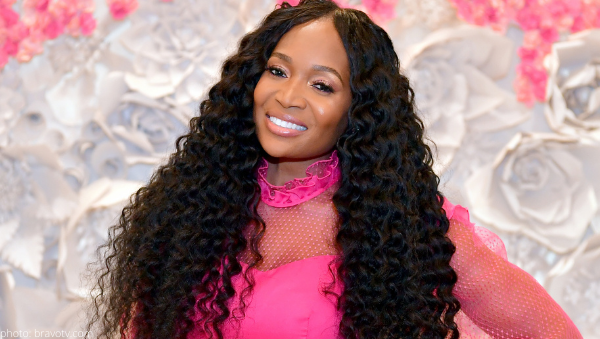 “I always had the juice, but now, I got the peach!” –Marlo Hampton

Real Housewives of Atlanta ‘friend of’ turned full-time cast member RHOA’s 14th season is ready for audiences to learn more about her, and of course, deliver the “shade, and fussing, and fighting” that RHOA fans crave.

In an interview with People.com, Marlo mentioned she’s “open to dating, and you’ll get to see more of dating soon.”

“So just watch and you’ll find out all about the dating.” Marlo reiterated, “I’ll say it 100 times, that everyone really gets to come into my life.”

“You get to see when I wake up in the morning. You get to see how I make my money, what everyone wants to know.” (Way to know your audience, “Marlo Faboulus F*cking Hampton.”)

“You just get to see all of Marlo.” (Is there anything better than a Real Housewife speaking in third person?!)

What to expect from RHOA14:

Are you excited to see Marlo in a full-time role? Drop your opinion off in the comments!

Be the first to leave Comments for First Time Peach Holder Marlo Hampton Promises “Shade, And Fussing, And Fighting” For RHOA’s 14th Season