Kenya is tired of Marlo Hampton and is ready for new peach holders. 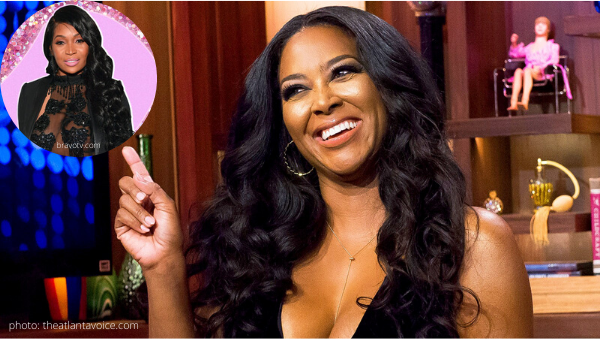 Returning Real Housewives of Atlanta star, Kenya Moore, is bored with her co-star, Marlo Hampton. Though the housewife who thinks she resembles Beyonce is returning to the franchise after a year hiatus- the B is back and is ready for new peach holders.

Though Marlo has been on RHOA since its’ 4th season in 2011, she spent most of her time on Bravo as a ‘friend of’ the cast. Marlo isn’t just a ‘friend of’ though, as she been a driving force in many of the franchise’s storylines. (Do you hear that, Vicki Gunvalson?!?! The OG of the OC needs to step her game up, but I digress….)

Kenya doesn’t think Marlo serves of any importance to the show any more and would like to see her role replaced with new cast members. According to US Weekly, “I’m just kind of bored with it. Yeah. I think we need something new.” Kenya continued, “I think we need Housewives or friends of the show that brings something new and we’ve seen her for eight or nine seasons. I’m kind of just over it.”

It’s unknown at this point if the ladies got along during filming of the upcoming season, that premiers in a few short days. Based on these comments, I think it’s safe to say that there’s trouble in paradise.

The shade didn’t stop when Kenya was asked about a potential Phaedra Parks return. Kenya’s  response? “I don’t think of her at all.”

If you can’t get enough of all things Real Housewives and reality tv, click here to listen to the On This Day Entertainment podcast with Everything Iconic host, Danny Pellegrino.

Are you a Marlo fan, or do you agree with Kenya that it’s time to say goodbye to the ‘friend of’ the peach holders? Sound off in the comments!

Be the first to leave Comments for RHOA: Kenya Moore Is Bored With Co Star