Update- Christine was caught poolside with a 'Real Housewife' days after missing the SS reunion. 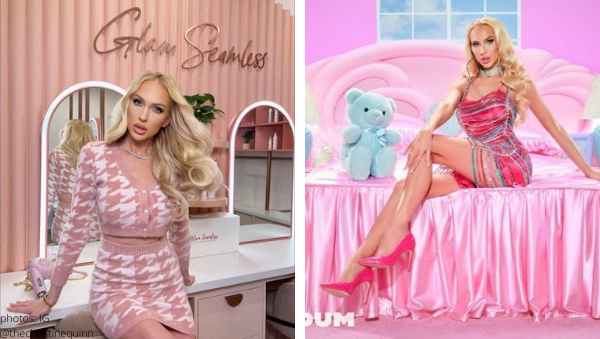 Selling Sunset‘s Christine Quinn ditched the season 5 reunion because of a recent covid diagnosis; however, the How To Be A Boss Bitch author was seen filming poolside with Real Housewives of New Jersey star, Melissa Gorga days later.

Do you think Christine pretended to have covid to avoid the reunion?

The star of Netflix‘s Selling Sunset, Christine Quinn, did not appear at the season 5 reunion which was filmed on Sunday at Raleigh Studios in Hollywood.

The new mom’s rep tattled to TMZ, “Christine tested positive for COVID on Saturday and out of an abundance of caution, she did not attend the reunion.”

It appears Christine isn’t the only cast member affected by the virus.

Christine, on the other hand, “declined [to make a virtual appearance] as she wasn’t feeling well enough to do it.”

Serious question- Since so much of the season 5 storylines involved Christine’s interpersonal relationship with the staff of the Oppenheim Group, what will the agents have to talk about at the reunion? Chrishell and Jason’s relationship? Emma’s empanadas? Sound off below!