"Get your 15mins girl but leave my business out of it .” 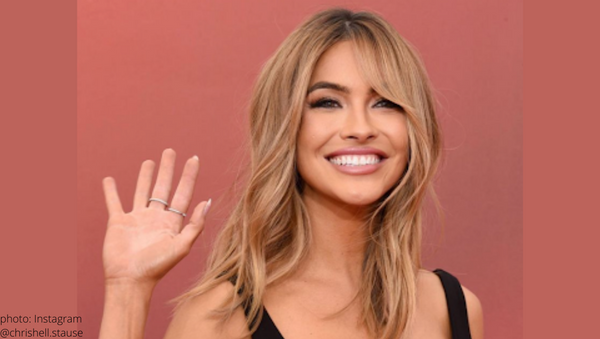 Selling Sunset‘s Chrishell Stause isn’t SOLD on one of her new castmates, though she didn’t name either Nicole Young or Bri Tiesi in her Instagram stories.

Chrishell captioned a beach pic with some choice words and added Mariah Carey‘s Thirsty to the slide.

The actress-turned-real-estate-agent-turned-reality-tv-star wrote, “The thirst for camera time on season 6 is REAL. Wow. That was insanity.”

Giving fans a tease of what to expect from Netflix‘s hit show, Chrishell added her co-star’s strategy was “SO transparent.”

“Get your 15mins girl but leave my business out of it

The former Days Of Our Lives actress noted, “Screenshots have been archived for this very moment,” which any reality tv aficionado knows is essentially an insurance policy for what comes out later in the season.

If you want camera time-JUST SAY THAT. I would have helped you get the right angle.

“But don’t come for the people I love or my business when you were added and I was there to hype you up excited for you.”

Speaking directly to her IG followers, Chrishell assured her fans that the thirsty new agent at the Oppenheim Group‘s identity will be easily discerned.

“You guys are smart. I think you will see who is need of attention & willing to throw anyone under the bus to get that 15mins.”

US Weekly reported Nicole Young is an original member of the O Group (who passed on the joining the original SS cast) and is known for advocating for her clients’ best interests.

“I’m really excited for fans to see all aspects of my life, both personally and professionally. It’s going to be a fun, wild ride and I’m here for all of it!”

Bri Tiesi, on the other hand, is best known as one of Nick Cannon‘s baby mamas, is relatively new to real estate, and can not be found on the Oppenheim Group’s website.

Chrishell isn’t thrilled with her thirsty AF new co-star. Am I the only one who watches #SellingSunset for the real estate, not the drama? pic.twitter.com/bp7Gkjc5J9

Will you miss Christine Quinn as Selling Sunset’s bad girl or are you ready for new blood? Drop your opinion off in the comments.