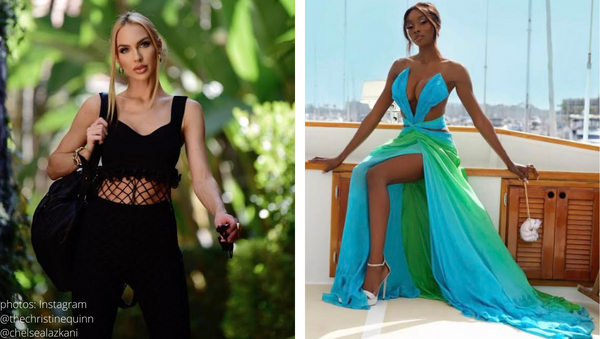 Selling Sunset‘s production team scrambles to find a new villain to replace Christine Quinn, who recently announced her departure from Netflix‘s hit show.
Could Christine’s replacement already have a desk at the Oppenheim Group office?

According to TMZ, the producers of Selling Sunset need a bad girl ASAP, and are considering Christine’s friend/O Group realtor, Chelsea Lazkani.
The team is “hopeful holdover Chelsea Lazkani leans into the role in upcoming seasons.”

A source spilled that “execs approached Chelsea about playing into the villain role once it became clear to producers in June Christine wasn’t coming back, leading to conversations with Chelsea about embracing the role Christine played so well.”
“Our sources say producers understand Chelsea, a British real estate agent who joined the show in season 5, has big shoes to fill here … but they’re hopeful she can step up to the plate.”

In case Chelsea doesn’t cut it, producers are considering newcomers Bre Tiesi and Nicole Young, who will join SS for its 6th season, to take on the villain role.

Would you like to see Chelsea as the show’s villain, or would you rather a new cast member? Drop your opinion off in the comments.