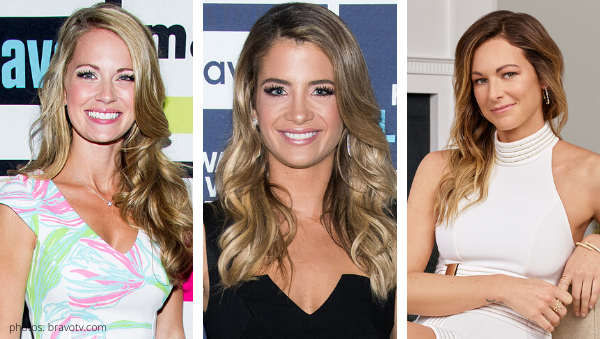 You may have a hard time recognizing season 7 of Bravo‘s hit show, Southern Charm as more casting shake ups make the news the day after OG cast member, Cameran Eubanks announced she was leaving popular show..

Who else is leaving?

Sources told People, “They both [Chelsea and Naomi] told production they weren’t returning to the show months ago.” Naomie teased her and Chelsea’s mutual exit on Instagram posting, “I’m so damn proud of you and us @chelseameissner58.”

Why did they decide to leave the show?

“Naomi and Chelsea, like Cam, are just tired of the reality TV drama and don’t want to live their lives this way,” continued People’s insider.

Another course dished to People regarding Naomie’s current relationship status with boyfriend, Metul Shah, which was also a factor for her decision to leave the reality show. “She’s seen what reality television can do to relationships and isn’t interested in exposing herself again to that kind of scrutiny.” The source added that the couple was in love and there was no reason to interfere.

Did you miss the news of Cameran leaving?

It all happened so fast, no wonder why you missed it! Don’t worry, I’ve got you.

Want more Southern Charm news and gossip in your life?

You can get the full story on what is happening in your favorite Bravolebrities‘ lives every week on the On This Day Entertainment podcast. Here is the most recent episode where I break down these SC departures and the Kathryn Dennis racist monkey-emoji scandal.

Are you disappointed that Cameran, Naomie, and Chelsea are not returning? Drop your opinions off in the comments.