Anfisa and her ex drifted apart while he was in the clink. 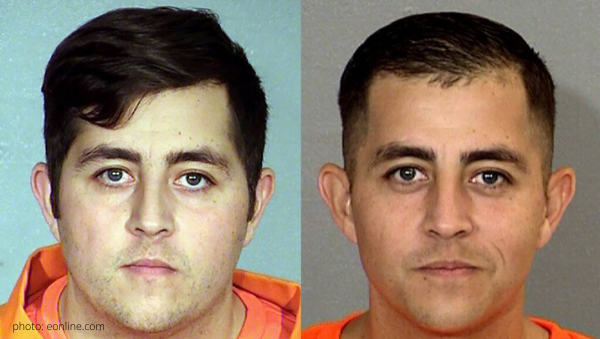 90 Day Fiance‘s Jorge Nava is scheduled to be released from prison three months early amid his divorce drama. Anfisa Arkhipchenko and her ex drifted apart during his time in the clink.

Jorge was arrested in 2018 for allegedly trying to sell 300 lbs. of marijuana. Official charges include:

Though he faced up to 24 years in prison before reaching a deal with prosecutors, he was sentenced to only 2.5 years and will have to follow certain terms once released.

After Anfisa debuted a new man on social media while Jorge was serving time. She captioned the photo, “Quarantine and chill?” Before revealing her new man, Leo Assaf, to her followers, the popular reality star dished about the hardships of being in a relationship with someone imprisoned.

Just days after Anfisa posted the photo of her new boo, Jorge clapped back from prison declaring his desire to legally end his marriage. He accused his wife of abandoning him during his prison sentence.

“According to court documents obtained by The Blast, Nava’s original release date was set for August 10, 2020 but he is eligible for community supervision. The records state Nava could be released “90 days prior to a designated released date.” The Director of Arizona Department of Corrections has the power to decide if Nava gets let out early.”

If Jorge gets approved for community supervision, strict restrictions will be in place- including check ins with a probation officer.

The weed dealer explained that the magic behind his weight loss is simple, diet and exercise. Like other reality stars who glow up in prison due lack of better things to do- case in point- RHONJ stars Teresa Giudice and Joe Giudice and former RHOA star, Apollo Nida– it means that Jorge has more time to work on bettering himself, and that includes exercise.

Before the pandemic, Jorge was waking up early in the morning to jog with his fellow inmates.

If you need more delicious drama from TLC in your life, make sure to subscribe to the Pink Shade with Erin Martin podcast. Here is the most recent episode.

Do you think there is a chance for Jorge and Anfisa to rekindle their romance once he is released? Drop your predictions off in the comments!

Be the first to leave Comments for 90 Day Fiance: Anfisa Arkhipchenko’s Ex, Jorge Nava, To Be Released From Prison Early