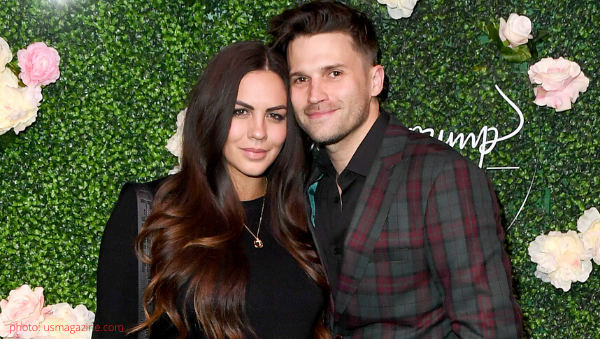 Vanderpump Rules‘s Tom Schwartz and Katie Maloney‘s Las Vegas wedding was a dream come true. Keep in mind, this was a “technicality wedding” due to a clerical error from their first wedding that was caught by *NSYNC‘s Lance Bass. What doesn’t this former boy-band member do?!?!

Fans will have to wait and see the second ceremony unfold later this season on Vanderpump Rules, but Schwartz, 37, and Maloney, 33, told Page Six exclusively that it was everything they ever wanted for their second-best special day. Let’s take a step back to soak up all of this tea…

Weren’t Schwartzie and Katie married a few years ago on the show?

Yes! Tom officially proposed to the controversial VPR star (with a real ring, not with a ring on a string this time) and were married in 2016. Schwartz said the first wedding was exactly what he hoped for. “Listen, our wedding was perfect.” The 5% Tom Tom owner continued, “That was my dream wedding I never knew I wanted. I didn’t know I wanted a wedding in the woods with a woodsy, elegant theme. But now that it happened, I did and I wouldn’t change it for the world. It was very sacred, probably the happiest day of my life.”

Unfortunately for the newlyweds, Lance Bass learned the couple’s wedding wasn’t legal. In case you missed it, you can catch up here.

The couple’s ‘officical’ wedding was in Las Vegas…

“The paper ceremony, I like to call it, it was in its own weird little Vegas way, it was kind of a dream come true,” Tom explained. “It was something I kind of always fantasized about.” The former SUR bartender called it “special in a different way.”

Katie claims to have fantasized about a Las Vegas wedding after a childhood trip to Ceasars Palace. “I had that dream when I was younger,” the novice knitter explained. “I thought Vegas was so fancy. I told my mom I wanted to get married at the lawn on Caesars Palace when I was like 12.”

Will fans get to see the couple’s ‘paper ceremony’ on the show?

The second ceremony will unfold later this season on the hit Bravo show. While the couple have kept details of their second ceremony quiet, Schwartz did spill that he and Katie exchanged “I dos” for the second time on the lawn. Katie gushed, “I got both of my dream weddings.”

In true Schwartzie form, he could’t choose just one favorite part. “The people who officiated it,” he began. “I would say that was my favorite part. And the people who attended and the way in which we’d got there and the place we stayed. Oh, my God!”

I got to go to the opening of Las Vegas’ Vanderpump Cocktail Garden and got to chat with several of my favorite Bravolebrities, including Katie and Schwartz. You can read about my night here or listen to a bonus episode of the On This Day Entertainment podcast that I recorded here.

Are you excited to see Katie and Schwartz’s second wedding air on VPR? Drop your opinions off in the comments!