“They had the same friend group and hung out in the same circle.” 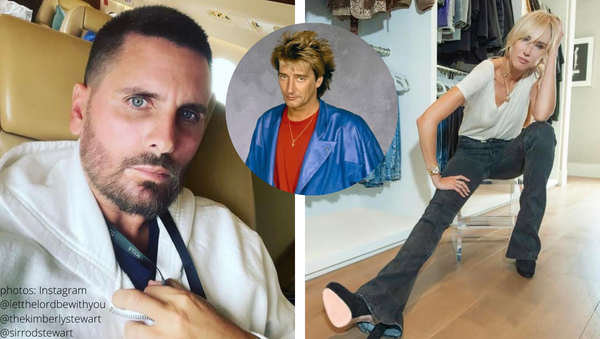 According to reports from US Weekly, the self-proclaimed ‘Lord‘ and Sir Rod Stewart‘s daughter are an item.

A source spilled Scott and Kimberly have been “dating for a few months” and are “really into each other.”

Kourtney Kardashian‘s baby daddy and the Maggie May singer’s daughter apparently met through mutual friends. “They had the same friend group and hung out in the same circle.”

“After the pair’s relationship turned romantic, they waited a while before they ‘decided to go public.'”

Kimberly and Scott aren’t “serious yet;” however, they are “getting to know each other in a different way than seeing each other as friends.”

Do you think the Keeping Up With the Kardashians alum is looking to settle down? Sound off in the comments.

Be the first to leave Comments for Scott Disick Is Dating Rod Stewart’s Daughter, Kimberly Stewart