Scott Disick Leaves Rehab After Less Than A Week Of Treatment

The Keeping Up With The Kardashians star allegedly left the treatment center after his photo was leaked. 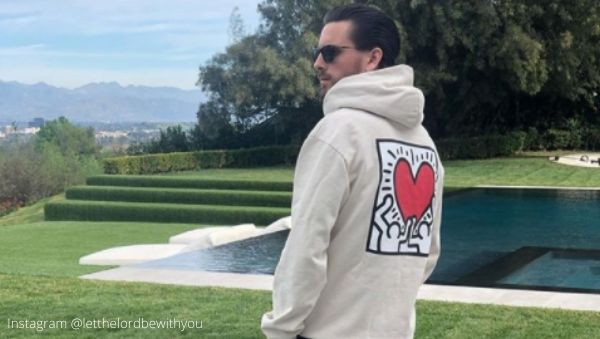 Keeping Up With The Kardashians star Scott Disick has reportedly left a rehabilitation center after less than a week of treatment after they allegedly leaked a photo of him.

Well, the father of Kardashian spawn is probably ALWAYS armed with the finest attorney available, but he did need to utilize Marty Singer‘s services.

Marty told E! News, the star has left the Colorado facility he was in for nearly a week after the center reportedly posted an image of him to a Zoom group meeting.”

He continued, “Shockingly as a result of the HIPAA violation of the facility and his violation of privacy, he has checked himself out and is immediately returning home. We are alarmed by this extreme invasion of privacy and plan to take immediate legal action.”

Scott was NOT in rehab for cocaine or alcohol abuse:

“In an effort to finally come to terms and deal with the pain that Scott has been silently suffering for many years due to the sudden death of his mother, followed by the death of his father 3 months later, Scott made the decision to check himself into a rehab facility last week to work on his past traumas.” Marty clarified for the news outlet, “He did not check-in for any alcohol or cocaine abuse.”

What made Scott decide to go into rehab?

“Kourtney was very upset, and knew something was up by his unresponsiveness to matters and convos that pertained to the kids,” a source told E! News. “She had been through this before many times, and put a halt to it immediately. She ultimately gave him an ultimatum and he had no choice but to seek help.”

Kourtney’s message to her daughter amid her father’s issues:

Kourt took to the ‘gram to send a message to her daughter. Others may need to read this as well. “Love yourself first, chase your dreams, make mistakes (and learn from them), believe in God’s plan, you are more beautiful than you will ever know, and oh so smart, there is no one else like you in the entire world, you are loved. Things I tell my daughter.”

Love yourself first, chase your dreams, make mistakes (and learn from them), believe in God’s plan, you are more beautiful than you will ever know, and oh so smart, there is no one else like you in the entire world, you are loved. Things I tell my daughter.

“9:44 AM PT — 5/5 — Noah Nordheimer, President & CEO of All Points North Lodge, tells TMZ … his team is aware of the Disick photo and says, ‘The protection of our clients’ personal and confidential information is of the utmost importance to us.'”
Noah explained that it’s strict APN policy to NOT DISCLOSE any personal information on patients. That includes whether or not a client is being treated at the facility. If “any information relating to any client was ever obtained from APN facilities and provided to a media outlet” legal action will be pursued. The APN Lodge team is “sickened by any publication who would report on an individual’s life struggles without their consent,” according to the the facility’s CEO.

Not enough Kardashian drama to keep up with?

Check out the Kar Dishin It podcast to stay up-to-date with all things Kardashian/Jenner. Here is the most recent episode.

Do you believe that Scott was seeking help to deal with trauma, or was it for substance abuse? Drop your opinion off in the comments!