The couple has been leaving clues on their relationship status for a while! 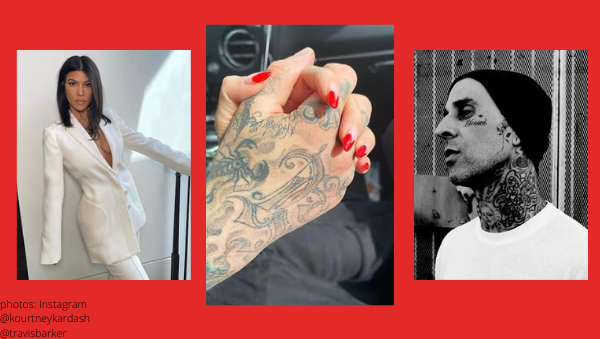 The Keeping Up With The Kardashians star did not caption the photo of the now-couple’s intertwined fingers, though Travis commented did comment with a single black heart emoji.

Who said romance was dead?

The couple dropped clues about their status:

Kourt and the former star of MTV‘s Meet The Barkers shared photos of same fireplace on Valentine’s Day. The mother of three added a poem to her Insta story. “Roses are red – Violets are blue – Garlic bread – Blink-182.”

Kourt isn’t the only one moving on:

The oldest Kardashian sister’s ex/baby daddy, Scott Disick, is in a relationship with the teenage daughter of Real Housewives of Beverly Hills‘ Lisa Rinna and actor Harry Hamlin, Amelia Gray.

Check out the Kar Dishin It podcast for the latest Kardashian/Jenner news and gossip as well as hilarious episode recaps. Here is the most recent episode!

Do you think Kourtney and Travis make a good couple? Drop your opinion off in the comments!