Who from the top 6 will be forced to sashay away from the competition? 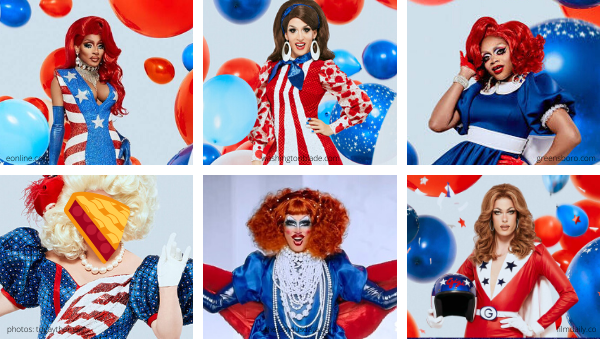 The remaining dragtestants from the 12th season of RuPaul’s Drag Race are going into the top 6 shook after the elimination of Widow. Underdog, Heidi N Closet expressed, “I’m going to miss her crazy ass so much. I saw that crazy look in Widow’s eyes and I could see her in her head. It was hard seeing her like that. Widow’s inner saboteur was really her doing in!”

With the top 6 moving closer to the finale, the girls learn this week’s challenge and prepare to wow the judges with their Courage, Uniqueness, Nerve, and Talent. This week, they are tasked with giving a drag makeover to an RPDR super fan.

Because Jada Essence Hall won last week’s maxi challenge, she got first dibs on choosing who she will make over AND won the opportunity to pair her competitors with the fan they will makeover.

Check out the Alright Mary podcast for hilarious recaps of the latest from RPDR, Dragula, and beyond. Here is the most recent episode.

Who do you think will be forced to ‘sashay away’ from the competition? Sound off in the comments!

Be the first to leave Comments for RPDR Sneak Peak: Jackie Cox, Heidi N Closet And More Give Drag Makeovers