You can watch the trailer here! 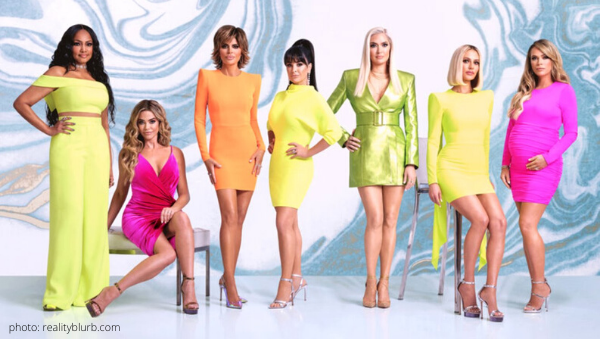 Thank you, Bravo Gods. We needed this!

The Real Housewives of Beverly Hills season 10 trailer is here! With the season premiere only weeks away, the RHOBH ladies are delivering another dramatic season. (Hopefully, with no talk of Lucy Lucy Apple Juice.)

Most of the diamonds will remain in the same hands as season 9: Kyle Richards, Lisa Rinna, Erika Jayne, Dorit Kemsley, Teddi Mellencamp and Denise Richards. Lisa Vanderpump‘s diamond was passed along to actress and now-real-housewife, Garcelle Beauvais, who is making history as the first black woman to join this cast.

Friends of the cast:

There’s a lot to look forward to from Bravo‘s hit show including getting to know Queen Garcelle, a cast trip to Rome, Sutton (a contender for MVP for this) calling Teddi boring, and a personality assessment that shakes the cast to their core.

The main source of drama:

From the looks of the preview, it looks like most of this season’s drama surrounds the rumors of a sexual relationship between Denise and Brandi. In case you missed it…

Without further ado, here is the RHOBH season 10 trailer!

If you want to stay in the know regarding all things reality tv and celebrity news, make sure to subscribe to the On This Day Entertainment podcast. Here is the most recent episode!

Which story line are you most excited for? Sound off in the comments!