Porsha was arrested twice this summer while peacefully protesting for Breonna Taylor. 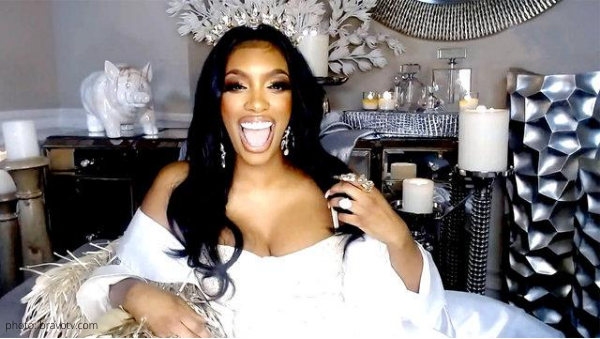 Real Housewives of Atlanta is coming back with the story line we were hoping for.

A snitch from production gave TMZ the dirt on what to expect from the upcoming 13th season of RHOA…and we can expect a whole lot of our favorite activist, Porsha Williams.

“Producers want to shine a light on Porsha’s fight for social justice as much as possible in the new season, because Bravo knows viewers would be riveted by Porsha’s commitment to racial justice.”

In case you missed it, 87 people, including Queen Porsha, were arrested outside the home of the state’s attorney general during a peaceful protest in July. If you’d like more info…

Again, on August 25, Porsha “along with Yandy Smith of ‘Love & Hip Hop,’ rapper Mysonne Linen, and Until Freedom’s co-founder Linda Sarsour, was among a group of hundreds marching through the city during a ‘Day of Action‘ planned by the group,” to demand justice for Breonna Taylor according to reports from Wave 3.

The activists are facing misdemeanor charges of disorderly conduct and blocking a highway after their march from “South Central Park early Tuesday afternoon, passed the Louisville Metro Police Department Training Academy, and made their way to Central Avenue near Churchill Downs. There, officers blocked the group from going any further onto the bridge near the University of Louisville’s Cardinal Stadium.”

What else can we expect from season 13?

In addition to Porsha’s activism and arrests protesting Breonna Taylor‘s death being heavily featured, audiences will get to know the latest peaches in the bunch, Drew Sidora and LaToya Ali. As of now, we know Eva Marcille is not returning, and confirmation of whether Nene Leakes will return or not is unknown.

Want to stay up-to-date on all of your favorite Bravolebrities?

Check out the On This Day Entertainment podcast so you never miss out on your favorite reality tv and celebrity news and gossip. Here is the most recent episode!

Are you here for RHOA’s switch to more socially relevant drama or would you prefer the drama to stay between the peaches? Drop your opinion off in the comments!