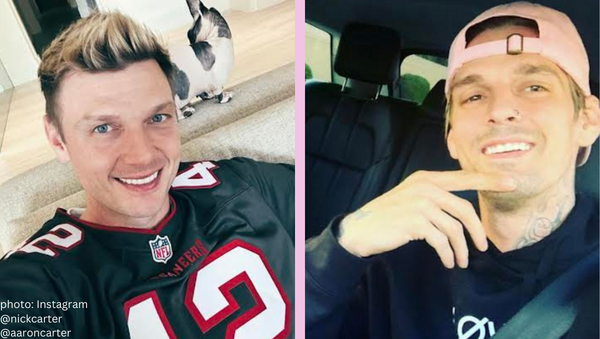 Nick Carter from the Backstreet Boys penned a song about his tumultuous relationship with his little brother, Aaron Carter, after his untimely death in November of 2022.

According to reports from TMZ, “the song expresses Nick’s unconditional love for Aaron and his heartbreak over his brother seemingly never finding peace in his life” including “never before seen footage of Nick and Aaron together from when they were younger.”

Nick, Aaron, and their siblings starred in the short-lived reality show, House of Carters, in which audiences got to witness firsthand the struggles the brothers faced. Their relationship hit rock bottom in “2019 when Nick got a restraining order after claiming his younger brother threatened to kill Nick’s pregnant wife and unborn child.”

In addition to the Backstreet Boys adding a tribute to Aaron (who was once an opening act for the top-tier boyband) during the group’s DNA tour, Nick and Angel honored their late brother by raising money for a children’s mental health charity in Aaron’s honor.

Nick’s tribute track drops on January 11, 2023. Are you planning to download? Sound off below.

Be the first to leave Comments for Nick Carter Teases New Music Inspired By His Relationship With Late Brother, Aaron Carter