The sober star hopes to return by the end of the show's 5th season. 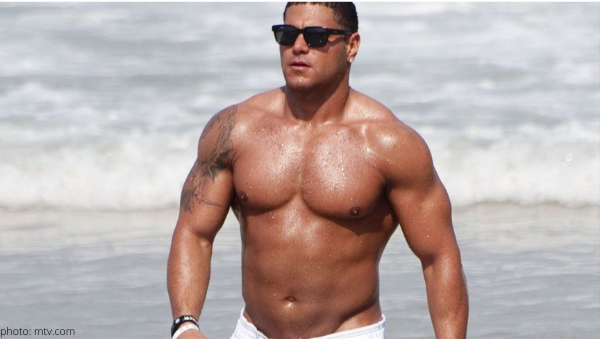 Get ready to beat the beat back…

TMZ caught up with the four months (and counting) clean father and fiancé to dish on his plans to return to the small screen.

It’s no secret that Ron is eager to return to the show that made him a household name.

“All the fans love me and I love them too so I’m going to give them what they want. I’ll see them soon.”

Fans can rest assured that Ronnie is making this a reality behind the scenes. “I stay in contact with the producers. We’re very close.”

The creator of Ron Ron juice hopes to make his return at the end of the show’s fifth season.

In case you missed it, Ronnie stepped away from Jersey Shore to deal with “my mental health, be a father to my child, be a fiancé to my woman.”

Now that Ron is happy and sober- there’s no stopping him!

He dished to the TMZ staffer that he is “living the good life,” but wouldn’t reveal his wedding date.

Regarding Ronnie’s upcoming nuptials, “Everyone [from the Jersey Shore cast] gets invited.”

“We’re family at the end of the day. We grew up together. 12 years strong so they’re family forever. They’re always going to be family.”

Regarding his relationship with his baby mama, Jen Harley, “She lives her life. I live my life. That’s basically what it comes down to.”

That must make for an interesting co-parenting relationship…

Want to stay up-to-date with all your favorite MTV shows?

Check out the Spill It, Sister podcast for exclusive interviews, recaps of The Challenge, and so much more!

Are you excited for Ronnie to re-join the Jersey Shore cast? Drop your favorite Ronnie moments from the show in the comments!