Renee identified “anxiety, depression and former abusive relationships — which included sexual assault” as cause for her “issues.” 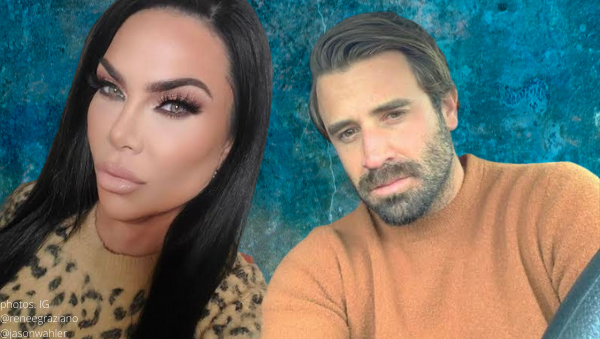 Play ‘A Little Help From My Friends‘ by The Beatles

According to reports from TMZ, Mob Wives alumni, Renee Graziano, addressed her decades-long addiction to prescription sleeping pills and sought the help of fellow reality star, Jason Wahler from The Hills, and his foundation, Red Songbird, for treatment.

One step at a time:

Upon entering addiction therapy in early February 2022, Renee identified “anxiety, depression and former abusive relationships — which included sexual assault” as cause for her “issues.”
Thankfully, the VH1 star’s life is “finally getting on track in a healthy and productive way” with the help of her “new regimen.”

The Laguna Beach hottie struggled with substance abuse issues of his own in his past, raking up more than a dozen arrests.
The self-proclaimed “womanizing alcoholic” went to a dozen rehab facilities, and has since dedicated his life to helping others.
To me, Jason will always be the guy LC didn’t go to Paris for. Ahhh, memories.
Truly a simpler time…

If you or anyone you know may suffer from substance abuse and/or mental health struggles, contact SAMHSA [Substance Abuse Mental Health Services Administration] at (800) 662-HELP (4357) or visit SAMHSA.gov.

Let’s celebrate Renee during this difficult time by dropping your favorite memories of her from Mob Wives in the comments!