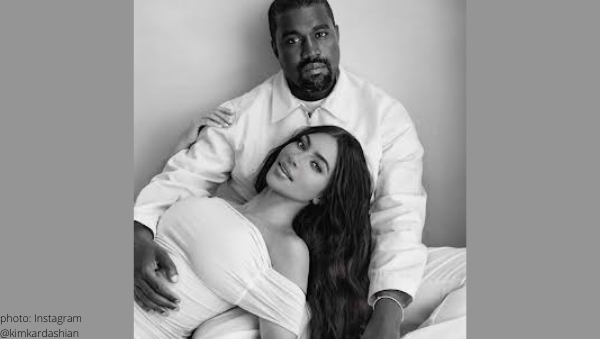 Alexa, play We Are Never Ever Getting Back Together by Taylor Swift…

After Ye came clean about wanting to reunite with his estranged wife, Kim Kardashian, on Revolt TV’s Drink Champs, a source spilled that the Keeping Up With The Kardashians alumni is not on the same page as her kids’ father.

Keeping Up With Kim:

Unfortunately for the rapper formerly known as Kanye West, “There’s no chance for reconciliation at this point” for the parents of four, according to a source from E! News.

A second insider tattled to the tabloid news source that Kim “isn’t surprised” Ye referred to her as his “wife” and expressed that he still wants “to be together” with her.

“While it’s true Ye indeed ‘is still holding out hope and wishes they could still work it out,’ the SKIMS founder has a different view on what their future looks like.”

“She knows he has his feelings and doesn’t hold back on sharing them,” included the insider. “Kanye has made it very clear he doesn’t want to get divorced and wants her to reconsider.”

“Kanye is still hoping Kim changes her mind but she’s not interested in getting back together.”

The influencer was spotted out with SNL comedian, Pete Davidson, three times within the last week.

“Witnesses at both Zero Bond and Campania tell us the two appeared “very comfortable” with each other, smiling, laughing, and displaying plenty of PDA. We’re told Pete was charming, even with Kim’s friends, throughout the week,” per reports from TMZ.

Need help Keeping Up With The Kardashian/Jenner family?

Check out Zachary Reality for the latest reality tv news and gossip.

Do you think it’s officially over for Kimye? Sound off in the comments!