"I don’t think it’s worth putting my relationship on the line.” 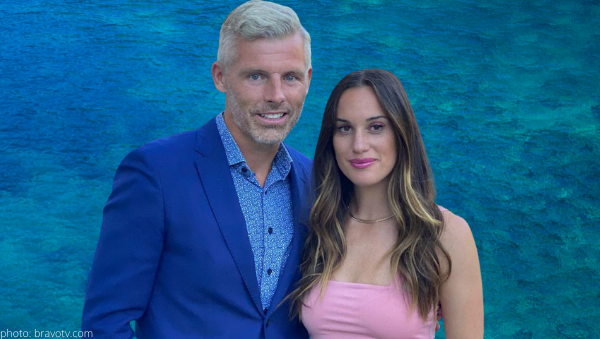 Former Summer House star, Hannah Berner, is working overtime to continue the narrative that she quit the popular Bravo show.

During an appearance on the Shady Shit podcast, Hannah explained, “When you have a real, real, real relationship, it is very difficult to be on reality TV with them, especially when it’s not a show about you two and it’s an ensemble cast.”

Throwing in a pinch of shade toward the Summer House cast, the alleged Tweet stealer noted, “Because everyone has their own motives and stuff, and I don’t think it’s worth putting my relationship on the line.”

Summer (House) should be fun:

Hannah made her Summer House departure Instagram official in May 2021 captioning a photo of her onstage, “These last three summers have truly been a whirlwind and the show has, without a doubt, changed my life and I will forever be thankful for the platform it has provided me.”

“As we climb out of the emotional trenches of 2020, I look forward to an exciting summer, but with mixed emotions I’m announcing I won’t be spending it living in the summer house.”

When the Bravo’s Chat Room panelist made the announcement she wasn’t returning to Summer House, she never mentioned her fiance, which is inconsistent with the story she’s dishing to us now.

In May, Hannah wrote, “Making people laugh is what brings me joy and I am so excited to announce that I will [be] spending this summer touring my standup and telling fart jokes at comedy clubs and theaters near you. More dates and tickets to come soon, but I cannot wait to see you all in person!!!”

In July, her departure is all about her relationship…

Bern-Dawg‘s former Chat Room co-host/Below Deck chief stewardess has not shied from saying what she believes to be true of Hannah getting ‘fired,’ not quitting.

Never forget, Bravoholics made a change.org petition to remove Hannah from the Summer House.

Do you think Hannah quit Summer House or did she get fired? Drop your theory off in the comments!