"The producers want to put some fun in the show." 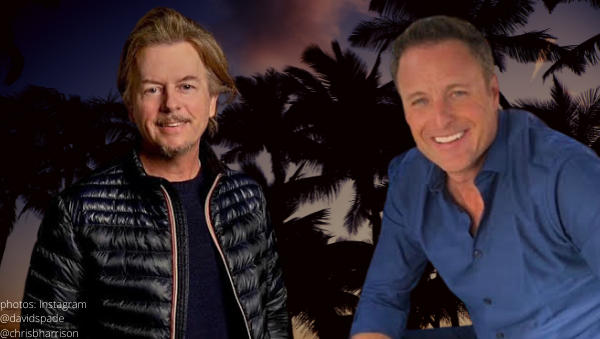 But why David Spade?

Fair question, since The Bachelorette‘s hosting role was changed from Chris to former Bachelorettes Tayshia Adams and Kaitlyn Bristowe.

Sources spilled to Page Six, “Spade was picked because he’s a ‘Bachelor’ superfan who’s built a cult following among fellow fans because of the hilarious commentary about the show that he doles out on his Instagram account.”

“An insider says the comic’s a fit because ‘the producers want to put some fun in the show. They think it’s become too serious.’”

Want more of The Bachelor in your life?

Check out the Get’n Cozy with Erin Hill podcast for EXCLUSIVE INTERVIEWS with your favorites from Bachelor Nation and beyond. Here is a recent interview with season 14’s Kimberly Vick.

Do you think David will make a good host? Sound off in the comments!