The cast will consist of 40 former cast members. 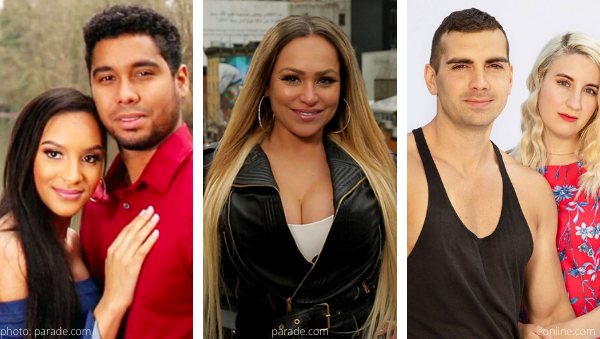 Communication from afar via apps such as Facetime and Skype, is no stranger to the cast of TLC‘s hit show, 90 Day Fiance. Watching the early stages of 90DF relationships, in retrospect, feels like preparation for self-isolation. So, it’s no surprise that the mastermind’s behind the juggernaut franchise has solved the ‘quarantine content crisis.’

Ladies and gentlemen, I present to you, a 90 Day Fiance: Self-Quarantine spin off is happening! It gets better…(I know, right?!?!) The cast will consist of 40 former cast members from TLC’s hit show. The five-episode limited series will premiere on April 20, 2020.

The president and general manager of TLC, Howard Lee, said that talking via computers and video chat for 90 Day Fiance alumni “is already in their DNA,” according to reports from Variety.

The future for reality tv:

“Filming scripted television is impossible under today’s circumstances, but reality TV production may prove to be more resilient — a potential boon for the basic cable channels that primarily program reality. Those networks are already well-stocked to ride out a months-long production shutdown.”

How will quarantine filming will look for the 90DF cast?

“90 Day Fiancé,” one of cable television’s most popular franchises, is usually highly produced, with an entire camera crew filming the cast. But for “90 Day Fiancé: Self-Quarantined,” cast members began recording themselves — and one another — earlier this week. They will be taped for confessional interviews by production company Sharp Entertainment (an Industrial Media company) over video chat. “Our crew is not near them physically at all,” explained Howard Lee. “They will be helping them remotely.”

How did the casting choice come about?

Howard Lee and the TLC team reviewed the show’s six-year history and selected fan favorites. You can expect more from craziness Darcey Silva, as well as more drama from Emily Larina and Sasha Larina, and (of course – eye roll) Pedro and Chantel, who must have dirt on the network and exchange their silence for airtime.

As for rest of the cast, “This is just a sampling,” Lee explained. “We’re still working with many of them and trying to see who we can get.” fan favorites: “Who are we wanting to hear the latest news and updates from — who comes to top of mind for our audience?” Some of the cast members are living together, while others are alone; some of the couples are still in relationships, but are physically apart. When casting this latest version of “90 Day Fiancé.”

The cast of “90 Day Fiancé: Self-Quarantined,” made from alumni of the franchise’s many shows, as of now, courtesy of Variety:

Subscribe to the On This Day Entertainment podcast for weekly breakdowns in the latest in reality tv and celebrity news. Here is the most recent episode with the latest on 90DF alumni, Ashley Martson and Jay Smith‘s relationship status.

Which 90DF: Self-Quarantine are you most excited to see again? Drop names in the comments!

Be the first to leave Comments for 90 Day Fiance: Self-Quarantine Spin Off Is Happening