Though Kristen introduced her frenemy to Beau Clark, as of now she's not involved in the wedding. 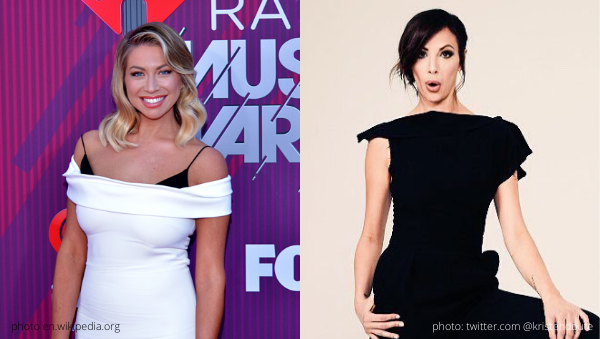 Vanderpump Rules star, Stassi Schroeder, confirms her frenemy, Kristen Doute, will not be a bridesmaid in her upcoming wedding to Beau Clark.

However, the New York Times best selling author of Next Level Basic hasn’t completely written off her on-again-off-again friendship with the James Mae creator. “We shall see how this year goes,” Stassi told E!’s Daily Pop when asked if Kristen was going to be invited to her upcoming wedding. “It’s been really sad and obviously that’s a big part of season 8.”

VPR‘s Khaleesi confirmed with US Weekly that she already has 9 bridesmaids to stand by her in her 2020 wedding. But, Stassi admitted that “deep down” she hopes her friendship with Kristen will mend before her big day. “I’m hoping that things get better and I’d like her to be there,” Stassi said. “But if we can’t get along every time we’re around each other then it’s a decision I’m going to have to think about it.”

The former SURvers boss, Lisa Vanderpump, had something to say about the former BFF’s friendship status. In a recent interview on the Kelly Clarkson Show, the restaurateur explained, “I’ve always found Kristen a little bit different to get along with myself. But I think this year, Stassi’s grown up. They’ve both grown up. They’re both growing up and I think the divide just got wider and wider and I don’t know, but there’s years of history. So I’m hopeful because it’s a shame to break up such a long friendship.”

The countdown is on til the new season of Vanderpump Rules! It premiers tonight, January 7, 2020 on Bravo! ‘Just raise your glasses high, this one’s for you tonight…’

If you can’t wait til tonight, you should listen to the On This Day Entertainment podcast I released after the Vanderpump Cocktail Garden opening night party I attended in Las Vegas. I got to chat with LVP and many VPR cast members and got some good behind the scenes dirt. Click here to listen!

Do you think Stassi and Kristen will work through their issues before the #FromDarkToClark wedding in October? Sound off in the comments!