Elissa Kim may have shed some light on the 'dark' hot tub convo between Sutton and Crystal Kung Minkoff. 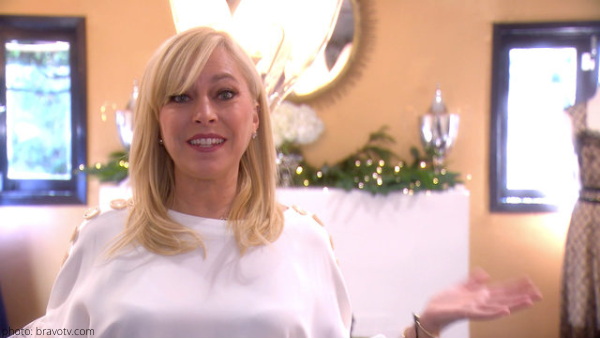 Real Housewives of Beverly Hills star, Sutton Stracke, was called out for dark behavior after a young woman posted a video claiming racism toward her.

In a now-deleted TikTok, the former bestie to Sutton’s daughter shed light on the idyllic hot tub scenario she detailed to her co-star, Crystal Kung Minkoff.

In case you missed this season’s drama, Sutton explained, “My white child is with Black girls in there, a Chinese girl was in the Jacuzzi and I’m like, ‘This is what it should be.”

@elissakimm‘s social media post included the text, “Me when I cut off my hs bff of 5 years bc her mom was racist to me and now she’s a real housewife getting called out for being racist and her response is ‘my white daughter had a Chinese friend’ on tv.”

She also noted she is, in fact, “not Chinese.”

Though we still don’t know exactly what was said between Sutton and Crystal, Elissa Kim needing to “cut off” a friendship over her friend’s allegedly racist mom makes me wonder if ‘dark’ was an appropriate word all along…

Sutton’s daughters’ ex best friend Elissa speaks out about Sutton being racist toward her. #RHOBH pic.twitter.com/8SVth0CuY6

Are you surprised by this latest revelation about Sutton? Drop your opinion off in the comments!