Tiger King's Dillon Passage: New Episode Is Like A Reunion

“It’s going to be, like, a live-based episode, I believe.” 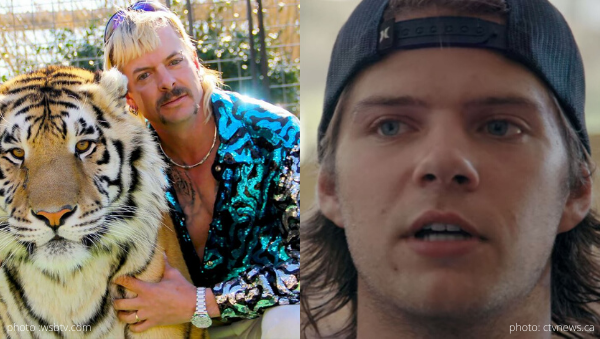 How would you describe the next installment of Tiger King?

“It’s going to be, like, a live-based episode, I believe.”

Will Dillon appear in the new episode?

That’s a ‘no‘ according to the zookeeper’s third husband. “I’m not actually.” He continued, “Netflix didn’t contact me to be a part of that.”

What should Tiger King fans expect from the new episode?

Dillon described the upcoming installment as “kind of like a reunion.” He only briefly talked to a producer about the project so he was “not sure completely on the details.”

Will Carole Baskin make an appearance?

“Oh, I have no idea,” Dillon said of whether or not the animal activist would appear on the update episode. “It’s more like a talent interview.”

The popularity of the true crime series resulted in police revisiting the ‘active cold case’ regarding the disappearance of Carole’s then-husband, Don Lewis. In case you want more info, here ya go!

What about Joe Exotic’s other husband, John Finlay?

Dillon was not asked if John and his new teeth were making an appearance on the new episode. Though John’s status on the upcoming episode has yet to be revealed, I think it’s safe to say that he would like to tell his story, with his new dentures (that he claimed to have gotten half way through filming Tiger King.) Here is the full scoop.

To hear John’s interview with Andy for yourself:

I broke down the wacky AF world of Tiger King with a fellow ‘murderino’ for the On This Day Entertainment podcast.  In case you’d like to listen.

Which Tiger King stars would you like to see on the reunion-style episode that’s coming up? Drop names in the comments!

Be the first to leave Comments for Tiger King’s Dillon Passage: New Episode Is Like A Reunion