Joe Exotic's husband is disappointed that his new chompers got no screen time. 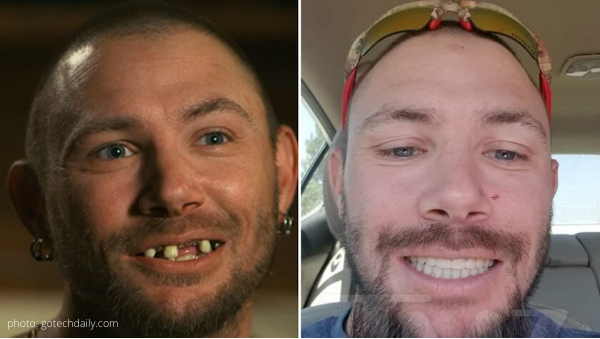 Hey, all you cool cats and kittens!

Tiger King star, John Finlay, claps back at Netflix with new set of teeth. Joe Exotic‘s husband is disappointed that his new chompers got no screen time.

John told TMZ that he actually got his teeth redone all at once in July 2019. He’s irritated at Netflix and their editing crew because his new dentures were never shown, though he claims the pearly whites got plenty of camera time.

John went on the record to clarify the cause of his ‘before’ teeth. He explained his troubled grill wasn’t a result of meth abuse, as implied by Netflix. John did admit that meth was a drug of choice for him in the popular documentary; however, he told TMZ his teeth were messed up before using the amphetamine, due to genetic reasons. He claims he hasn’t done drugs in 6 years.

I’ll be doing a Tiger King breakdown for a bonus episode of the On This Day Entertainment podcast, so make sure you subscribe – you won’t want to miss it! If you haven’t watched TK, it is truly riveting.

Do you think John got a bad edit? Sound off in the comments!