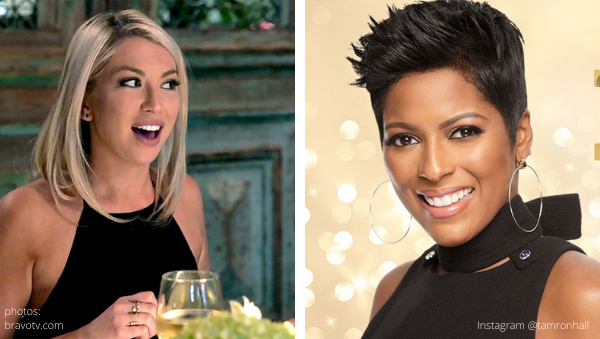 This news is Next Level!

Stassi Schroeder is set to make her first television appearance after her firing from Vanderpump Rules.

The former Deadline: Crime With Tamron Hall host announced the lineup for the first week of her show’s second season.

According to TamronHallShow.com, “On Thursday, Sept. 17, in an exclusive interview, Stassi Schroeder speaks for the first time after being let go from the hit Bravo series “Vanderpump Rules” – a result of her racially insensitive actions that resurfaced this past June. She will discuss how the incident and recently announced pregnancy have reshaped her perspective on work and life.”

A post shared by OnThisDayEntertainment (@onthisdayentertainment) on Sep 3, 2020 at 11:29am PDT

In case you’ve socially distanced from social media for the last few months, VPR OGs Stassi and her on-again bestie, Kristen Doute for calling the police to report their former co-star, Faith Stowers, for crimes that she did not commit.

“Bravo and Evolution Media confirmed today that Stassi Schroeder, Kristen Doute, Max Boyens and Brett Caprioni will not be returning to ‘Vanderpump Rules,'” as per a Bravo spokesperson to CNN.

Stassi fans were divided on where they stand with the Bravolebrity after reading the statement the former SURver released. Some felt the Next Level Basic author’s words were enough, while others believe the statement was too little too late.

Want to stay up-to-date with all your favorite reality stars and celebs?

Check out the On This Day Entertainment podcast so you don’t miss on any hot pop culture news and gossip. Here is the most recent episode!

Do you think Stassi should be ‘canceled’ or would you like her back on your screen. Drop your opinion off in the comments!