Home > Buzz Is Beau Clark Trying To Get Stassi Schroeder Back On Bravo?

Is Beau Clark Trying To Get Stassi Schroeder Back On Bravo? 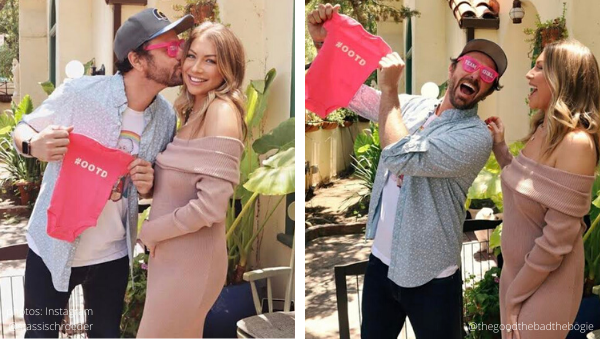 Congratulations to the parents-to-be, Stassi Schroeder and Beau Clark who announced the gender of their first child on Tuesday, June 24. It’s a girl!

Beau took to his Instagram page to write, “I was raised by great women, and the lessons I learned from them I’ll FW to my daughter and then some! She will be great, powerful, humble, kind, loving, compassionate, and a dash from Kesha… 🎶“She’ll be a motherf*cking WOMAN!!!🎶 #thankful.”

We’re having a baby girl 💕

Beau took to his Insta story to show off some Bravo merchandise their unborn daughter is already collecting. Many may think it would be awkward to receive show merch from a network the first-time-mother-to-be was recently fired from, but that didn’t stop Beau from posting the hilarious RHONY onesies.

The fiance of Bravo’s former bad gal posted video of three baby onesies clad with classic RHONY quotes. The white onesie featured a quote from former New York housewife, Bethenny Frankel, that read, ‘Go to sleep! Go to sleep!’ How perfect is that for a newborn?!?

One of the blue onesies read, “I made it nice!” which is a quote from the outspoken Dorinda Medley. The final onesie spotlighted the iconic quote from the former Countess, Luann de Lesseps, ‘Be cool. Don’t be all, like, uncool.’

💭 It was reported Stassi begged Bravo’s daddy, Andy Cohen, for her job back. Do you think Beau posting video of RHONY inspired baby onesies is another attempt at worming their way back onto Bravo screens❓

A post shared by OnThisDayEntertainment (@onthisdayentertainment) on Jun 24, 2020 at 9:35am PDT

Stassi wants back on Bravo:

In case you missed it, Stassi and her frenemy, Kristen Doute, begged Andy Cohen to give them their jobs back. According to Reality Blurb, “Stassi and Kristen tried to convince Andy to bring them back to the show after Bravo fired them weeks ago for past allegations of racism. However, because he and Bravo are determined to showcase ‘more diversity’ in the coming season, their efforts were in vain.”

The Sun reported that Stassi’s mom and brother, Dayna and Nicholai Schroeder, have already attempted to get Stassi re-hired on the popular network.

A Facebook user wrote, “Perfect! She is gonna rock being a mommy to a little girl!” while another added, “Shes the luckiest little girl in the world! Congratulations

Not everyone was so quick to overlook Stassi’s racist past. “🤰🏼Obviously, I’m thrilled that Stassi is pregnant. She and Beau must be elated. With that said, we can simultaneously be happy for someone while keeping them accountable for their actions…just sayin’.”

🤰🏼Obviously, I’m thrilled that Stassi is pregnant. She and Beau must be elated. With that said, we can simultaneously be happy for someone while keeping them accountable for their actions…just sayin’. Is Stassi’s silence deafening to anyone else❓

A post shared by OnThisDayEntertainment (@onthisdayentertainment) on Jun 24, 2020 at 8:13am PDT

I feel you! I recently interviewed Peter Madrigal for the On This Day Entertainment podcast to discuss VPR, the casting shakeups and so much more. Listen here!

Do you think Beau posting pics of Bravo themed gifts is his way of getting the network to see what they could potentially miss if they don’t reconsider employing Stassi? Drop your opinion off in the comments!

Be the first to leave Comments for Is Beau Clark Trying To Get Stassi Schroeder Back On Bravo?