Nema Vand Is Angry After Filming Shahs Of Sunset Reunion

"There were things that were said in this reunion that can never be taken back." 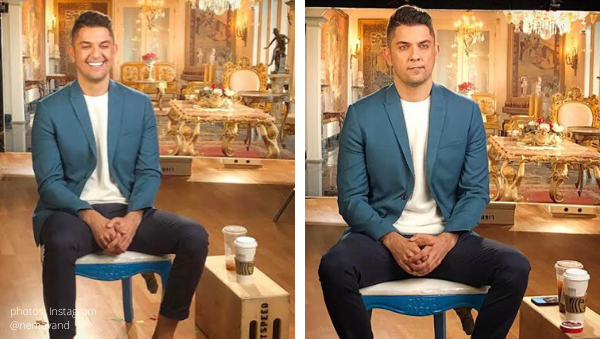 There is more drama coming our way from Shahs of Sunset.

Nema Vand took to Instagram stories to give a sneak peak into the cast’s Zoom reunion.

The beginning of the story featured a suit-clad Nema giving an update on his home-studio before filming the finale. He even showed his view of the computer screen featuring other main cast members as they prepared to film.

After the reunion taping wrapped, Nema returned to his IG story to tease what happened. I think it’s safe to say, it didn’t go well.

“I don’t think I’ve ever been this f**king angry or pissed off in my entire life after filming an episode, a clip, a segment for Bravo ever. There were things that were said during this reunion that can never be taken back. I don’t care how many years with the network I am in, there are just things you can not come back from. You know who you are, and you will see it very, very soon.”

🦷 Nema and his teeth said things were mentioned in the Shahs of Sunset reunion that can never be taken back! Could it be worse than the ‘10 abortions’ accusations made by R*z* F*r*h*n❓ . 🎤 Ali Ashouri @aliashouri will be joining me (AGAIN!!!) to continue giving his side of the story regarding the happenings on Shahs since our last conversation. Click the link in bio to listen 👉🏼 @onthisdayentertainment 👈🏼 to Ali’s first appearance on OTDE. . 🤷🏼‍♀️ Any predictions on what Nema may be referencing in this clip❓

A post shared by OnThisDayEntertainment (@onthisdayentertainment) on Jun 19, 2020 at 8:12am PDT

Need more Shahs in your life while we wait for the reunion?

I feel you! I interviewed Ali Ashouri on the On This Day Entertainment podcast right after the ‘you had  abortions’ episode aired. There were several things revealed on this episode that you can’t hear anywhere else! In case you would like to listen…

Do you have any idea as to what Nema was referencing in the video? Drop you predictions off in the comments!