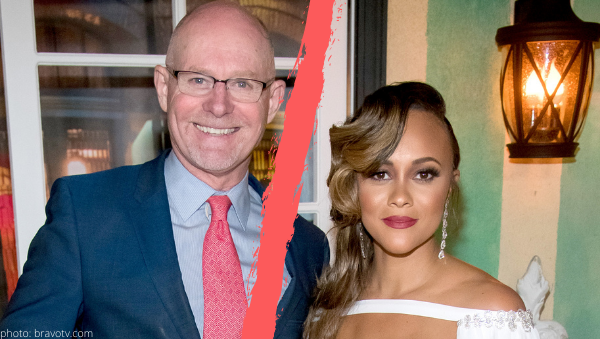 In a statement given to bravotv.com, Ashley stated, “Almost eight years ago, when Michael and I said ‘I do,’ we anticipated sharing every single day together from that moment forward. Unfortunately, that is not our current reality. We have decided to separate.”

“We are aware that there will be many speculative views as to why we have made this decision. People will be quick to assume that the causes were too much intrusion by reality TV into the most personal parts of our lives, age gap issues, cultural problems, or child-rearing differences. Pieces of all these may have affected our pure love for each other, but no one reason is the root cause of our mutual decision to go our separate ways.”

“We are now both at very different stages in our lives and have different goals for our futures. We both want the other to achieve true happiness and fulfillment and feel that we cannot do this together.”

“While our romantic bond is broken, we will always love and respect each other. We also know that true happiness can only be achieved by continuing to work together and putting our hearts and souls into raising our two beautiful boys, Dean and Dylan. They will always feel loved and supported, for they were truly created out of love. As this is a personal matter for us, we appreciate everyone who has been a part of our journey and ask for your continued support by respecting us as we go through this emotional situation.”

After rumors circulated around the internet for about 24 hours, Ashley took control of the narrative and shared her truth.

Michael Darby is a skeeze.

How about the time Ashley was home with her first baby and pregnant with her second, Michael was getting his from a random in a hotel room?

As a superfan of both RHOP and QUEEN Ashley Darby (a top-tier housewife), I am psyched to see the next chapter of Ashley’s life, with all that post-nup cash!!!

Did you think Ashley would eventually leave Michael? Sound off in the comments!