Home > Buzz The Season 12 Trailer For RHONY Is Here!

The Season 12 Trailer For RHONY Is Here! 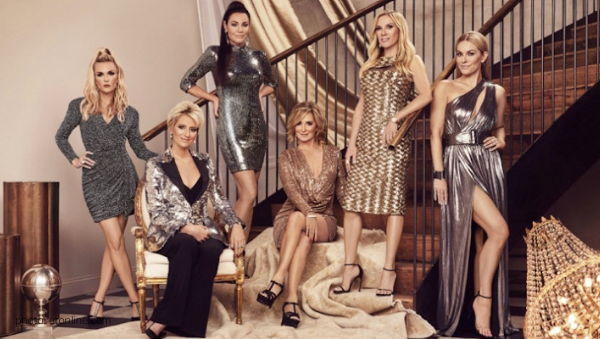 The season 12 trailer for the Real Housewives of New York is here! Luann de Lesseps, Sonja Morgan, Ramona Singer, Dorinda Medley, and Tinsley Mortimer are back, minus Bethenny Frankel. Though there’s a gaping hole in our Bethenny loving hearts, RHONY fans will get to know Leah McSweeny in her freshman season.

A post shared by Real Housewives Of New York (@realhousewivesofnewyorkcity) on Jan 28, 2020 at 11:39am PST

In the trailer, Sonja states, “We have a new girlfriend, who’s lovely. I think she’s a classy girl… kinda rough on the edges.” That’s especially rich, coming from Sonja!

The newbie, Leah, is a friend of Tinsley’s. According to ETonline.com, “She’s a born-and-bred New Yorker, the mother of a 12-year-old daughter, Kiki, and a boss with her own business, Married to the Mob; the streetwear line just celebrated its 15th anniversary. Leah is now the youngest member of the RHONY circle, but don’t think that means she’s minding her manners around her ‘elders.’ She’s outspoken, which fans know can cause friction with the likes of Ramona and Sonja.”

The cabaret crooner is focused on the next leg of her live cabaret show called ‘Marry, F*ck, Kill’ and is back to booze saying, “tastes so good!” This life choice is not a good look for Lu.

The former Mrs. Mario Singer is pursuing therapy to work through letting go of her old life as she sells her NYC apartment.

In addition to the Sonja by Sonja Morgan collection premiering at NY’s fashion week, fans can expect drunken messiness from this housewife.

Times look tough for this outspoken housewife. Rather than having her co-stars ‘clip’ their lips, things got physical. Dorinda forgot to ‘make it nice’ for her cast mates. It looks like we may see Dorinda’s ‘rock bottom’ this season.

Fans will get to see the socialite get engaged to the Coupon King, Scott Kluth, and embark on a new life with her ‘match.’

In case you missed it, Sonja was recently in the news after some shady comments she made about Tinsley. In case you’d like to read about it, here ya go! If you’d rather listen to a breakdown of this drama and more reality tv and celebrity news, check out the On This Day Entertainment podcast.

Which story line are you most excited to watch play out? Sound off in the comments!

Be the first to leave Comments for The Season 12 Trailer For RHONY Is Here!