RHOA and RHOC's 'Old Lady Gangs' are getting new shows. 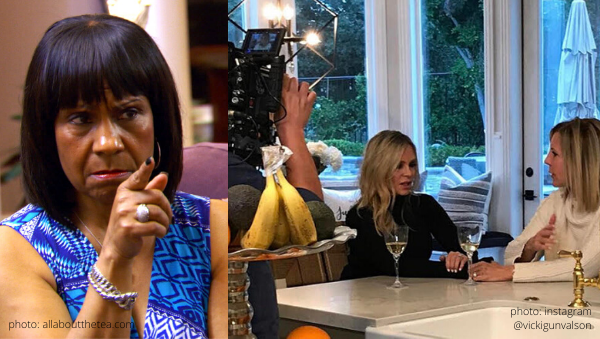 Kandi Burruss’ infamous mom is set to star in a spin-off coming to Bravo. Joyce Jones and Kandi’s two aunts, Nora and Bertha, will be getting their own reality series that will bare the same name as their Atlanta soul food restaurant chain, Old Lady Gang.  The Atlanta Journal Constitution reports that production has already begun.

MadameNoire reported, “A premiere date has not been announced and it’s not clear if the show will focus on solely the Old Lady Gang or them and their staff. The Old Lady Gang has three locations throughout Georgia: in East Point, Castleberry Hill and in the State Farm Arena. Old Lady Gang opened back in 2016 and has recognized for their delicious southern cuisine ever since. The restaurant recieved the Diner’s Choice Award in 2018 from Open Table and was named one of the 25 best soul food restaurants by Taste of Soul. The menu is  based on the recipes of Bertha, Joyce and Nora and includes dishes like Mama Joyce’s BBQ Rib Tips, Aunt Bertha’s Fried Chicken and Aunt Nora’s Deep South L.I.T beverage.”

The OG of the OC took to the ‘gram to tease a project she and her on-again/off-again/on-again friend, Tamra are working on. She captioned the pic, “Just another Sunday night. ❤️” and included the hashtags “#lifeafterhousives #cantkeepusdown #woohoo.”

In case you didn’t notice, the former housewives’ conversation is being captured by a video camera. It is unknown if it is a Bravo camera person, but, according to Tamra and Bravo’s daddy Andy Cohen‘s Instagram Live session, he has plans for the Cut Fitness owner. In case you missed it…

If you need more Real Housewives drama in your life, you should check out the On This Day Entertainment podcast, where I break down the week’s hottest reality tv and celebrity news! Here is the most recent episode.

Are you excited for either one of these spin offs? Spill your tea in the comments!

Be the first to leave Comments for Bravo Spinoffs: From RHOA’s Mama Joyce to Former RHOC’s Vicki Gunvalson And Tamra Judge