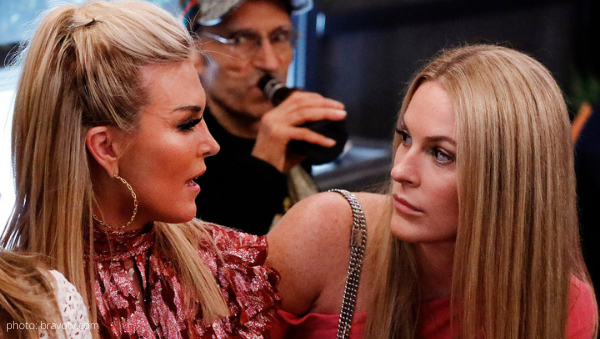 Real Housewives of New York‘s Leah McSweeney believes Tinsley Mortimer should return to her life in New York and back to Bravo.

Since news of Scott Kluth (aka the Coupon King/aka Tinsley’s ex-fiancé) and the socialite broke, Leah has made it clear that she believes Tinsley should return to RHONY.

“Leah’s begging her to come back,” an insider spilled to Page Six. “They’d have the best time.”

Do you remember when Tinsley and Leah performed the WAP dance while vacationing at the Four Seasons in Scottsdale? Leah definitely brings out a side of Tinsley audiences don’t usually get to see.

Never forget the Sex and the City meme Leah posted on Instagram after Scott gave an interview with People about the breakup.

(If a friend doesn’t meme your messy AF breakup, are they even your friend?)

Is there a chance Tins could return for season 13?

The bad news- Production for the 13th season already wrapped- without any footage of the High Society star.

The good news- There’s a chance Tinsley will return for the show’s 14th season. Also, RHONY returns May 4th! In case you missed the preview, here ya go!

Bravo insiders told Page Six, “Mortimer could be possibly be positioning herself for a return to the series, but she hasn’t contacted anyone at the network about her comeback yet.”

Want more Tinsley in your life?

Would you like Tinsley to return to the Real Housewives of New York? Drop your opinion off in the comments!