The Hills alumni blamed 'her bad romance' with Mother Monster over the song 'Fashion.' 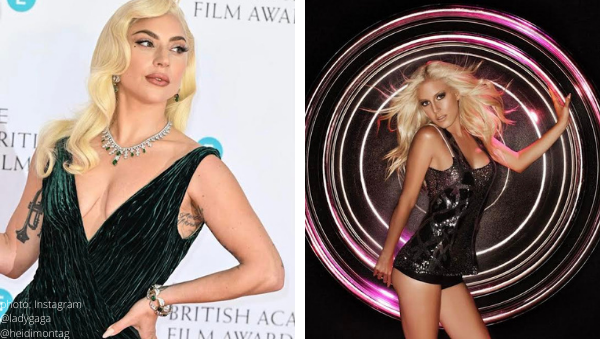 YOU KNOW WHAT YOU DID!

The tables have turned since the iconic feud between The Hills alumni Heidi Montag and Lauren Conrad.

This time around, LC isn’t upset with Heidi. Instead, Mrs. Spencer Pratt is the heated party.

Yes, you read that correctly…

“People are, like, ‘I love Lady Gaga,’ and I’m sure she’s great, but I have not had the best encounter with her.”

What did Lady Gaga do?

Heidi made an appearance on  “The Unpopular with Jacques Peterson” podcast and revealed how Mother Monster allegedly sabotaged her pop music career.

According to Heidi, Lady Gaga agreed “sure, she can have that song.”

All was good until the song was requested to be featured in the film Confessions of a Shopaholic.

It doesn’t end there:

The former star of Marriage Bootcamp claimed Gaga posed an ultimatum to RedOne.

Allegedly, the A Star Is Born actress would not work with the producer if he continued to collaborate with Heidi. Of course, the producer chose the superstar over the reality tv star.

“He was like, ‘I’m sorry, she’s my writing partner for huge things.’”

Do you believe that anyone -besides Heidi Montag- believes she was a threat to Lady Gaga’s career? Drop your opinion off in the comments!