"Knowing that Kim Kardashian is anti-fur and mostly vegan, we are hoping hard that she does not relegate her dogs to life in a garage." 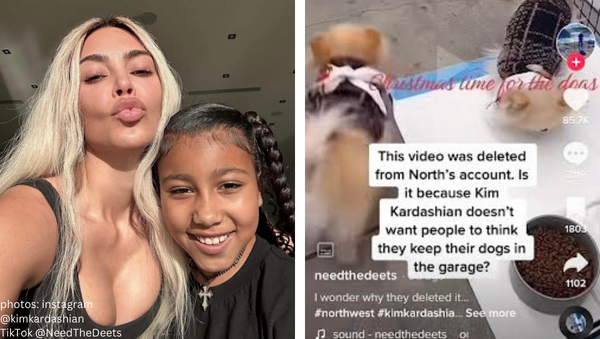 Kim Kardashian may be in the doghouse with PETA after dirty deleting a TikTok of her pomeranians’ decked-out holiday decor … set up in her garage.

Thanks to Kim’s past support of the animal activist group’s message, PETA‘s Senior Vice President, Lisa Lange, went on the record saying they were “hoping hard” that Sushi and Sake had better living quarters than what was presented in the video from Kim and North West‘s joint TikTok page.

“Knowing that Kim Kardashian is anti-fur and mostly vegan, we are hoping hard that she does not relegate her dogs to life in a garage.”

“What PETA does know is that dogs are highly social pack animals who need more than just soft beds and decorative stockings: They deserve to feel safe, loved, and to live inside the house as part of the family.”

“This video was deleted from North’s account. Is it because Kim Kardashian doesn’t want people to think they keep their dogs in the garage? I wonder why they deleted it…”

Do you think Kim keeps her dogs in the garage? Sound off in the comments.