The Keeping Up With The Kardashians' star also explained that vaccinations "make it where we can’t cross the gates of heaven." 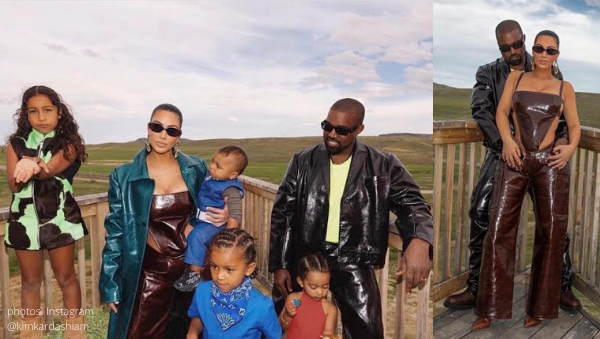 On the heels of his announcement to run for President, Kim Kardashian‘s husband, Kanye West, says he had coronavirus in February, gives his opinions on vaccinations, why he is no longer supports Trump, abortions and Planned Parenthood.

The rapper did an interview with Forbes and all I can say is…..

Kanye says he had covid-19:

“Chills, shaking in the bed, taking hot showers, looking at videos telling me what I’m supposed to do to get over it. I remember someone had told me Drake had the coronavirus.” The Keeping Up With The Kardashians‘ co-star couldn’t resist throwing shade at rapper, Drake regarding covid. ‘My response was Drake can’t be sicker than me!”

Way to keep it petty, Kanye.

On a side note, US Weekly reported, “Drake, 33, announced in March that his test results came back negative.” Kanye did not mention if he was actually tested for covid.

“It’s so many of our children that are being vaccinated and paralyzed… So when they say the way we’re going to fix Covid is with a vaccine, I’m extremely cautious. That’s the mark of the beast. They want to put chips inside of us, they want to do all kinds of things, to make it where we can’t cross the gates of heaven. I’m sorry when I say they, the humans that have the Devil inside them. And the sad thing is that, the saddest thing is that we all won’t make it to heaven, that there’ll be some of us that do not make it. Next question.”

Kanye took this opportunity with Forbes to get religious, put on his activist hat, and be vapid AF.

“Trump is the closest president we’ve had in years to allowing God to still be part of the conversation.”

“One of the main reasons I wore the red hat as a protest to the segregation of votes in the Black community. Also, other than the fact that I like Trump hotels and the saxophones in the lobby.”

Kanye on a woman’s right to choose:

“I am pro-life because I’m following the word of the bible.”

Though the ‘Heartless‘ performer didn’t elaborate on the issue of abortion, he did say this when asked about taxes. “I haven’t done enough research on that yet. I will research that with the strongest experts that serve God and come back with the best solution. And that will be my answer for anything that I haven’t researched. I have the earplug in and I’m going to use that earplug.”

“Planned Parenthoods have been placed inside cities by white supremacists to do the Devil’s work.”

Has Kanye officially filed to run for office?

As per Forbes, “For much of the phone calls, his core message, strategically, was that he has 30 days to make a final decision about running for president. At that point, he says, he’d miss the filing deadline for most states, though he believes an argument could be made to get onto any ballots he’s missed, citing coronavirus issues.”

It says a great deal about Kanye’s character that he stated -on the record- that he intends to blame missing a deadline on covid 19 after stating the deadline would be missed because he has yet to decide if he ‘officially’ wants to run for office.

Just what America needs is another Liar In Chief. Oy vey.

Check out the Kar Dishin It podcast for recaps. Jessica and Marcy are breaking down the classic show, Kourtney & Khloe Take Miami, while KUWTK is on break. Here is the latest hilarious episode!

Do you think Kanye will go through with running for President? That would make Kim Kardashian our first lady, if that hadn’t processed for you yet. Is the world ready for any of this? Sound off in the comments!